Home Politics Muntu has always belonged to a wrong party- ‘‘FDC is built on... 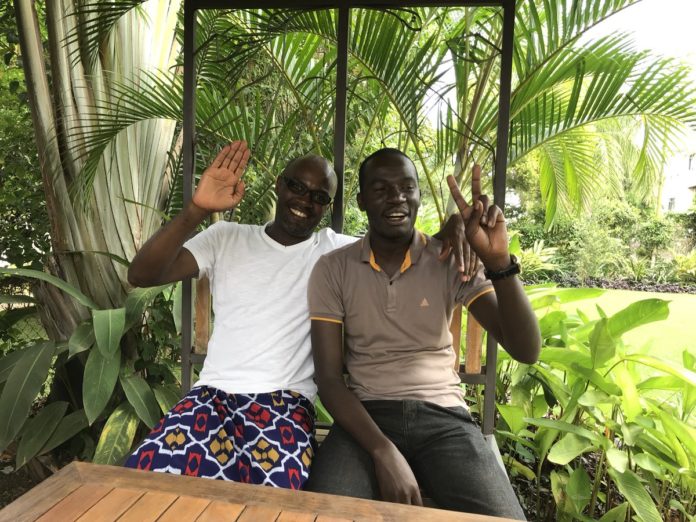 In 2012, Gen. Mugisha Muntu was asked: what ideology does the FDC stand for?
‘‘Our ideology is clear. We stand for a democratic environment in this country…. In FDC, we have had internal elections. Building this culture will help us to easily govern the country. This is also a way of building trust among our population. It will be easier for the population to believe us because of what they see us do not what they hear us say.’’ He said.


‘ ‘The main question is; do we do what we say? Yes. And it is through this that we will be able to transform the political culture in this country in which the people begin to look beyond what politicians say to what they do as the basis of their political and electoral judgment. Ugandans have never seen a transition at party and national levels. It is only the FDC showing it is possible to compete and that you can have an incumbent peacefully step aside’’ Muntu noted in an interview with the Red Pepper.
Five years later, on Friday, Muntu questioned FDC and Kizza Besigye’s democratic credentials

“I am glad Dr Besigye you are seated here, In 2009, we competed together. I lost and went behind you without question. In 2010, we competed for flag bearer. You won. I went behind you without question. I did not question you in 2015. I saw your heart in your throat. You were fearful. You did not know what was going to happen. Do you remember what I said when I stood on the platform? I am a democrat. I respected your choices. Don’t put feelings or interests in politics,” Muntu said In the middle of his open campaign at Nambole.
Muntu noted that he will make ‘big announcement’ in next few weeks. Many interpreted this as quitting the party.

Political and social analysts Mwenda believes Gen. Muntu has always belonged to a ‘wrong party’’
‘ ‘The defeat of the noble Mugisha Muntu in the race for the presidency of the Forum for Democratic Change (FDC) has put the last nail in the coffin of descent politics in that party. It marks the final triumph of radical extremism as an organizing philosophy for FDC.’’ Mwenda noted


He adds: Two ideas have been in contention inside FDC – one represented by the noble Muntu, the other by the radical extremist Kizza Besigye. Muntu believes that FDC should build the party as an institution based on a set of values, principles and policies around which members can be mobilized. These values must not only be practiced but be seen by seen to be practiced; and must distinguish FDC from NRM.
The old man of the clan says that Besigye believes FDC should be a cult and build its politics around his messianic self image. Rather than build organizational structures through which FDC can function, Besigye believes that the party should stimulate passion around him as a hero. This governing philosophy seeks to use character instead of strategy and to build an individual instead of an institution. Besigye’s governing philosophy has won as it had to. Muntu has always belonged to a wrong party. His ways have never been the ways of the FDC. There are many descent men and women in FDC. But for the most part they have been outwitted, out gunned and our maneuvered by the radical extremists around Besigye.


‘ ‘In rejecting Muntu, the Besigye faction of radical extremists in FDC has now made it clear that it places the pursuit of raw power above the defense and promotion of values; it has rejected the idea that power should be pursued, not as an end in itself but as a means to an end – the end being the realization of the virtues of tolerance of dissent, commitment to democratic principles, belief in institution building and placing collective goals above personal ambition and greed.’’

Mwenda claims that FDC was born in a moment of great hope. Many of its founding leaders were holding influential and comfortable positions in government as ministers, ambassadors and other high offices. They sacrificed their comfort in pursuit of these high ideals. They thought they were leaving NRM because it had increasingly come to be based on the messianic role of an individual called Yoweri Museveni whose authority could not be questioned.


‘ ‘Muntu himself was offered a ministerial appointment by Museveni and he turned it down as did Richard Kaijuka and Amanya Mushega. These men left NRM because it increasingly came to seek power as an end and forgot its original objectives. Little did they know that they were jumping from the frying pan into the fire itself. Kaijuka and Mushega saw this long ago and quit into silence. Muntu saw it but refused to quit. He soldiered on.’’
Mwenda who is seen as critic of Besigye says Over the years, FDC has grown into a cult around the messianic leadership of Besigye. Today, internal dissent in that party is treated as treason, the only legitimate/acceptable way of expressing disagreement with government is through violent defiance. Anyone who disagrees with this strategy is branded a traitor who has been bribed by Museveni, a coward and is attacked with merciless anger. This is a far cry from the party people sacrificed so much to found.


Muntu- a man of high morals

You may agree or disagree with him, but Mwenda describes Muntu as ; a man of high moral principles who deeply treasures democratic processes and institutions. On this criteria he towers above our nation like a moral colossus. He has never fought for power but for values and he has always placed himself as a servant of FDC. Besigye on the other had fights for power and power alone. He is the boss of FDC and the party is there only to serve his ends. Because of Muntu’s nobility, he never fitted into the version of FDC Besigye has created – an uncouth, intolerant, violent, low intellect mob that speaks only the language of fire and destruction.


‘ ‘There are still many good people in FDC. But with radical extremists in charge of the party, these moderates can only hide or get kicked out. Their only option now is to form another party or rejoin NRM. For we must remember that in spite of all its corruption and incompetence, it’s loss of vision and ideology, NRM is still a tolerant and accommodating party.’’ he added.