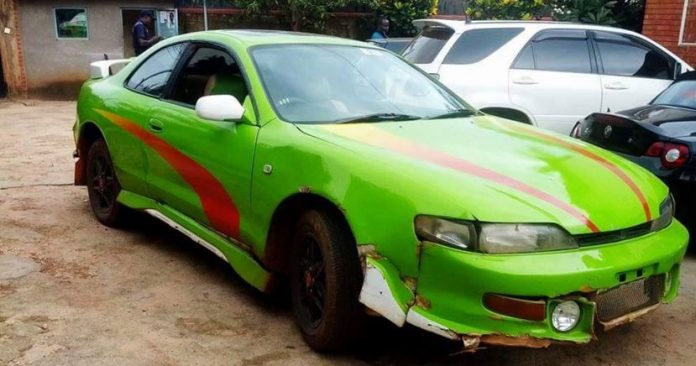 The Traffic and Road Safety Act (Amendment) Bill 2021 seeking to introduce a license fee for motor vehicle owners payable annually has been rejected by Parliament.
The Bill which was presented to Parliament in April by the government failed to meet favour with the Committee on Finance, Planning and Economic Development who unanimously recommended that it is is dropped.

Hon. Jane Pacuto Avur who presented the committee report to on Monday 03 May 2021 said they see the proposal as double taxation since themotor vehicles are met with a tax when they come into the country.
According to the committee, the tax would impose high cost of doing business for those in the tourism industry and companies running large fleets since they would have to pay annual license fees.
“Government had earlier in 2007 repealed the same tax and introduced it as tax on fuel because it had a negative implication. It causes difficulty in tax compliance and administration often resulting in corruption tendencies,” Pacuto added.

The committee proposed that the government considers imposing indirect taxes in this sector as a means to collect revenue.
The recommendations were further met with strong support from other MPs who questioned government’s intentions to re-introduce the tax.

Hon. Jonathan Odur (UPC, Erute County South) who termed the tax regime as ‘regressive’ said it was going to be counteractive to the government’s intentions to increase its resource envelope.
“The justification for transferring the road license cost to fuel was because it bred corruption and was cumbersome to collect at the time,” he said.


Odur added that it is erroneous for the government to claim that motor vehicles are currently not paying taxes. He said that the taxis are paying advance taxes and license per seat depending on the sitting capacity.
“These taxes are overwhelming to fleet operators making it difficult for businesses to survive. In fact, the Minister should never return to this Parliament with such a repressive tax,” Odur added.
The Minister of State for Planning, Hon David Bahati said that he held discussion with the Committee on the matter to which they agreed that the government should first prepare a system to assess the road worthiness of vehicles and assist tax collection in that area.