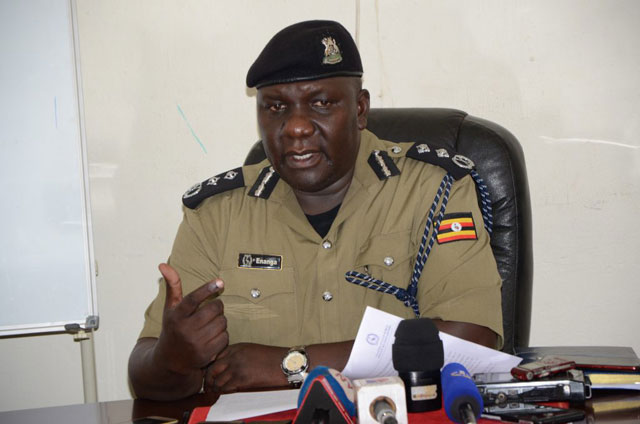 The Police in Buikwe and Luwero are investigating two separate gruesome murders by mentally ill mothers of their young children of two years, respectively.
Last week, at Kisaala village, Buikwe sub-county, a one Nakyanzi Racheal, a 30 year old mother picked her two year old biological daughter, identified as Kizza Slyvia, and took her inside her grandmother’s house, where she slit her throat using a knife.


The suspect was examined upon arrest and found to be on unsound mind and further transferred to Butabika.
on the 10th September 2021, at around 6pm police at Wobulenzi, received a report where a one Yudayah, a 30 year old, mentally ill mother, while at Bukolwa Gwafwa, Katikamu sub-county in Luweero, picked a hoe and cut her two year old daughter, Winnie Mercy to the neck.

The victim bled to death. The suspect was arrested and found to be of unsound mind. Exhibit recovered and exhibited.
‘‘We continue to face murders arising out of mental disorders. Such murders are exacerbated by health and domestic challenges that need to be addressed.’’ Said Police Spokesperson, Fred Enanga,