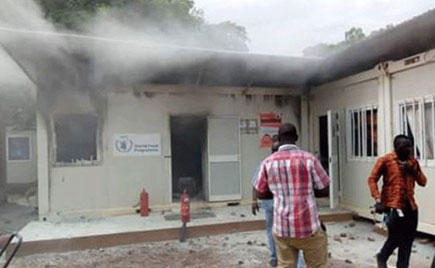 
They complained that most of the aid workers at Maban were from Equatoria, in the south of the country.
The communications officer for the Norwegian Refugee Council in Juba, Mr Gilesto Moses, said the situation had been tense since last week.