Home Health & Fitness Minister Kasaija: we will only fully re-open the economy after vaccinating 22m... 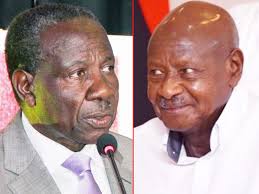 Uganda government aims to inoculate 22 million people, about half of its population, to enable the economy to fully re-open, and is setting aside 560 billion shillings to procure Covid-19 vaccines, according to Finance Minister Matia Kasaija.


“It’s only then that we will be able to fully re-open for tourism, entertainment, arts and recreation, and education to resume normal operation,” he said.
Government has finalized legal requirements for the purchase of 2 million Johnson and Johnson vaccines through the Africa Export-Import Bank and the African Union, Health Minister Ruth Aceng said earlier this month.
It’s also at different stages for securing doses from Cuba, Russia, China and the U.K., she said.

So far, the country has received only 1.14 million doses through the Covax facility and the Indian government. It is also due to receive a batch of 285,600 doses under Covax in a few weeks, another of 688,800 in August and a donation of 300,000 doses from Sinovac later this month.
Uganda has administered over 1 million doses and registered about 85,000 cases since March last year.