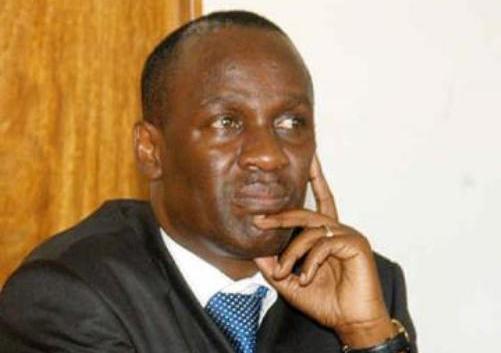 Ugandan pilot and businessman Capt. Mike Mukula has decided to relocate his Aviation training school to Kenya, citing frustration by Civil Aviation Authority
Mukula’s Uganda Aviation School was registered in 2013 and cleared by the National Council of Higher Education (NCHE). For the three years however, Mukula says, his aircraft have been grounded and paying parking fees.


In a brief statement, the NRM vice chairperson for Eastern Region says ‘‘ I have finally taken a decision to relocate all our aircrafts to Kenya having been frustrated by Civil Aviation Authority (CAA) to obtain an Air Operators Certificate (AOC). Kenya issued it in one week. This equipment has been on the ground for over three years, fully maintained and paying parking fees’’
The former Soroti MP and state Minister for Health says he had already ordered another four aircraft, which he couldn’t bring here because of lack of progress

“We will now be taking our students to Kenya, because the environment there is better. You ask yourself, why did it take the Kenyans just one week to clear us? They have the same standards (as CAA), they are all regulated by ICAO,”
Mukula revealed that ‘ ‘I have taken a business decision based on simple business sense income versus expenditure # losses >>just imagine I borrowed that money from a bank and I had to pay interest over the last three years, I would have collapsed !!! AGA KHAN lost over $100 m over Air Uganda’’
Mukula’s school was issued with an Air Service Licence, but was denied the Air Operators Certificate. As such the school over the past years has been training mainly cabin crew (hostesses).


Mukula says he has been working to build the largest aviation training centre in East Africa, if it weren’t for the frustration at the Civil Aviation Authority.

However, CAA insists Mukula’s training school was examined and found below the required standards.
Eng. John Kagoro Tusubira the Director Airport and Aviation Security at CAA says part of the reason Mukula was denied the AOC was because of the way he managed his previous aviation companies, which registered at least two plane crashes.

On September 8, 2016, Mukula claimed that none of CAA staff have the requisite academic qualifications to run the aviation authority as required by the International Civil Aviation Organization (ICAO). His public outburst was in response to CAA’s assertion that Mukula’s UAS does not have the necessary personnel and facilities to train students pursuing a career in aviation industry.
In a June 17, 2016 letter written by the NCHE executive director John Opuda-Asibo to CAA, he expressed concern over the lack of qualified trainers in the aviation industry.


Since the early 1990s Mukula has operated different aviation companies, namely, Speed Bird, Sun Air, Air Uganda International and Uganda Aviation School.
In July 1994, Speed Bird registered in Kenya and was involved in an accident in Kedepo National Park. in 1995 another of Mukula’s aircraft was involved in a deadly crash at Bayita Abababiri on Entebbe Road and all the six people on board died.