He added: All resources geared towards propagating political agendas should be channeled to the extension of health services. I think there will be less conflict in the country because the citizens will be happy.
This financial year, Uganda police will be spending at least Ugx.44b for tear gas and other riot equipment’s in anticipation of riots. Government spends about 8-9 per cent of the national budget on the ailing health sector.
Reality on ground.
launched in 2015, Buwenge general hospital located 25 kilometres from Jinja municipality, serving over 480,000 residents of Kagooma and Butembe lacks general medicine. The hospital reportedly depends on borrowed drugs from lower-level health centres.
The entrance to the hospital’s purported medical store opens up to empty drug shelves and at least 115 sackets of coartem -anti-malarial drugs for children.

“What breaks me is that I am well paid but I cannot practice my skills because there is no equipment to facilitate the delivery of our pregnant mothers,” Sister Christine Nalwanga, a midwife told the Observer.
For his part, the hospital’s senior administrator, Bilali Muwabe, revealed: “Most of the neighbouring health centres donate to us drugs of rare cases like snake bites, leprosy medicines, etc.We have presented our case to the health ministry and they promised to intervene within the next quarter.’’


In Uganda, one in every 200 births ends the mother’s life, around 1.5 million people are living with HIV and although malaria accounts for 14% of all deaths, less than 10% of children under five are sleeping under insecticide-treated nets. Health statistics published by NationMaster.com indicates that in Uganda there are 0.08 physicians per 1,000 people (the average is 1.7).
Uganda’s healthcare performance is ranked as one of the worst in the world by the World Health Organisation. Uganda is ranked 186th out of 191 nations! 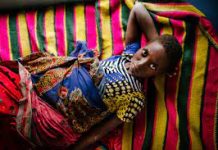