Home Politics Masaka killings: It is now 11 days without any new incident of... 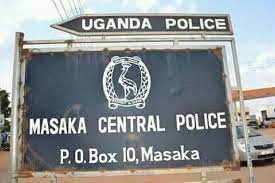 We wish to inform the public that relative peace and security has been restored in the Greater Masaka District of Lwengo and Masaka. As you are all aware, the last incident of attack by the panga wielding assailants, was an attempted murder, on Nakyanzi Maria Yozefu, aged 61, which occurred in Kyotera, on the 2nd September 2021.

It is now 11 days, without any new incident of attack, in the two districts and or threats of anonymous letters in the area. Although, some residents are still living in fear and frustration, we would like to assure them, that the Joint Security Task Teams are trying their very best, to put an end to the senseless acts of violence that claimed a total of 26 innocent lives.
An additional 4 suspects who include; Kabuye Faisal aged 27, Tamale Frank aged 32, Musumba Bernard aged 22 and Kirenga Badru aged 47, were charged to court on the 10th September 2021 for the alleged murder of Kayemba Sowedi, a 29 year old businessman, who was waylaid and hacked to death at Mpumudde village in Lwengo district. In our expansive investigations, 4 more suspects were tracked down and arrested from Kampala, in connection with the vicious killings.


The Joint Security Agencies continue to maintain increased presence in the two districts, in close coordination with local leaders, politicians, community groups and the media among others. We are jointly monitoring the situation and remain united in support for crime reduction and safety. Our top priority remains pursuing all investigative leads and tracking down the remaining culprits, who from part of the vicious gang.
In our enhanced assessments and risk analysis, we have proactively mobilised the community (local leaders and the youth), to help prevent further attacks against the elderly and other vulnerable persons. We have also offered security tips, to the elderly, local leaders, business owners and the community.


Although some local leaders were advocating for a strong arm type of policing, by arming the youth with pangas and related weapons, we strongly object to this arrangement and advise them to refrain from it, since it can lead to further acts of violence. The residents should be in no doubt, because we are doing everything necessary to restore calm, safety and security.