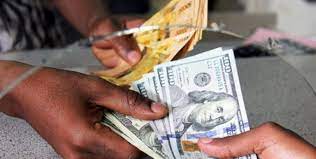 The shilling uptrend gained momentum on interbank sell off that improved supply levels in the market .
The unit was quoted at 3545/55, a touch stronger from the week’s opening levels. In the money market liquidity was tight, another factor that propelled the local currency.


In fixed income market, yields on 3 month and 6 month paper were slightly weaker on renewed concerns on price and reinvestment risks as outlook on government fiscal position remains uncertain.
In order to manage interest rates, Bank of Uganda eliminated outlier bids by accepting less than what was offered at the 3 month and 6 month curve. Overall yields printed at 7,402%, 9.000% and 10.250% respectively.

In regional markets, the Kenya shilling traded with a mild depreciation bias mainly on account of elevated demand from merchandise importers.Commercial banks quoted the shilling at 108.10/30.

In the global markets, the US dollar climbed to a 3 month peak on flight to safety bid as investors remained anxious about the fast spreading COVID variant that could throttle global growth. Commodity currencies tied to risk appetite struggled while the major currencies including the Euro and British pound dipped.


Market outlook indicate that the market is long dollar and unwinding positions could likely force a slight squeeze in the market and drive the shilling upward.