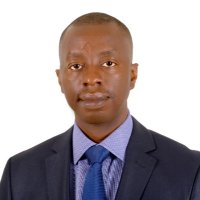 The global pharmaceutical company Mylan announced today that it will be introducing two new HIV treatment regimens — Symfi Lo and Cimduo — in the United States.


Both treatments were approved by the -Food and Drug Administration-FDA last month.
Symfi Lo is a once-daily, single-tablet regimen containing 400 mg of efavirenz, 300 mg of lamivudine and 300 mg of tenofovir disoproxil fumarate (EFV/3TC/TDF).
In 2016, WHO recommended the regimen as an alternative first-line treatment for adults with HIV.
This recommendation was based on data from the ENCORE-1 trial, which showed that a reduced 400 mg-dose of EFV was noninferior to the standard 600 mg dose when used in combination with tenofovir and emtricitabine, the release said.

According to Mohammed Lamorde, PhD, of the Infectious Disease Institute at the Makerere University College of Health Sciences in Uganda, and colleagues, a smaller dose of EFV could reduce the risk for adverse events related to the drug and result in potential cost savings for national programs.
The researchers recently conducted a trial assessing the safety and efficacy of 400 mg EFV in pregnant women with HIV. Their analysis included 25 participants in Uganda and the United Kingdom who switched from 600 mg of EFV to the 400-mg dose during their third trimester.


Overall, they found that women tolerated the drug while maintaining viral suppression and sufficient EFV concentrations. In addition, no infants were infected with HIV at birth.
Lamorde and colleagues concluded that the data “strongly suggest” that 400 mg of EFV should be considered as an alternative option to the 600-mg dose in this population.
Mylan plans to launch Symfi Lo within the next few weeks. Meanwhile, its other once-daily regimen — Cimduo (300 mg 3TC/300 mg TDF) — will be available in the second quarter of 2018, the company said.


In the U.S., both regimens are indicated for adult and pediatric patients weighing at least 35 kg and will be significantly less expensive than other HIV treatments on the market in the U.S., which has more than tripled since 2007, according to the release.


“We are proud of our continued investments in R&D and manufacturing [antivirals], and we are excited to extend the value of these to Americans living with HIV,” Rajiv Malik, president of Mylan, said in the release. “In particular, we believe the option to take a lower dose of efavirenz in a single-tablet regimen with Symfi Lo will be a welcome addition for patients and providers.”
HEALIO