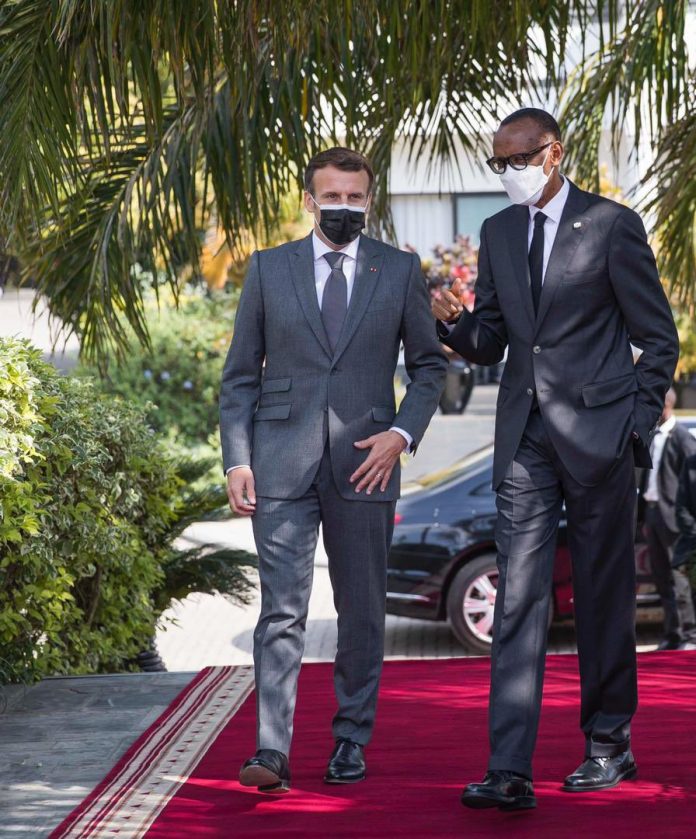 French President Emmanuel Macron on Thursday recognised his country’s role in the 1994 genocide in Rwanda.
“Standing here today, with humility and respect, by your side, I have come to recognise our responsibilities,” Macron said in a speech at the Kigali Genocide Memorial.
Rwanda has long accused France of complicity in the killing of some 800,000 mostly Tutsi Rwandans.


Macron said France “was not complicit” in the genocide.
“But France has a role, a story and a political responsibility to Rwanda. She has a duty: to face history head-on and recognise the suffering she has inflicted on the Rwandan people by too long valuing silence over the examination of the truth”.
Macron said that only those who had survived the horrors “can maybe forgive, give us the gift of forgiveness.”
Donates 100,000 doses of AstraZeneca

President Macron also donated 100,000 doses of AstraZeneca vaccines to Rwanda
“I want to thank you for coming along with much needed vaccines. I’m sure it took up a lot of space on your plane, you could have brought more people but you decided to bring us vaccines so thank you very much. We needed them very badly…that’s what friends are there for,” President Paul Kagame said during a joint press briefing.


Rwanda needs at least 13 million doses of Covid-19 vaccine to inoculate its target 60 percent of the population, about 7.5 million people, by June 2022. So far, only 4 percent have received the first dose of the vaccine.