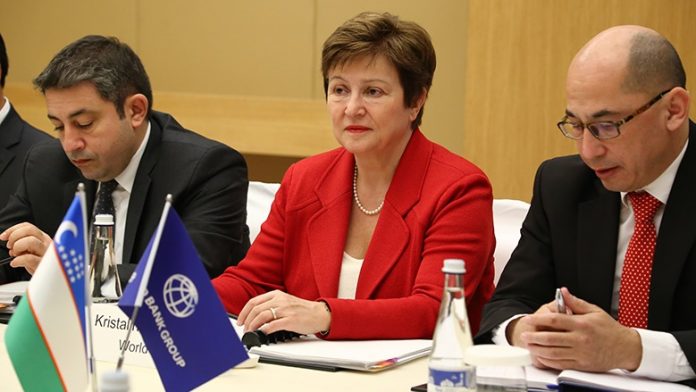 Kristalina Georgieva has been appointed as Managing Director of the International Monetary Fund.
Ms Georgieva, who was previously chief executive of the World Bank, becomes the first person from an emerging economy to lead the IMF.


She will succeed Christine Lagarde, who is leaving to become head of the European Central Bank (ECB).
Ms Georgieva was the only nominee for the job.
At the World Bank, Kristalina has led with judgment and determination, putting all her efforts into delivering our core mandate of reducing poverty and promoting shared and sustainable prosperity.

She has rightly positioned the institution to promote growth and development, connecting our work to key agendas such as jobs, human capital, debt, trade, and technological disruption.
Among her many accomplishments have been her leadership on supporting fragile countries; her commitment to women’s empowerment as a development issue; and her passion for addressing the effects of climate change.


‘’With Kristalina at the helm of the IMF, we look forward to the Bank Group and Fund working more closely together than ever.” Said World Bank Group President David Malpass
Who is Kristalina Georgieva?
The 66-year-old economist, the daughter of a civil engineer, studied political economy and sociology at the Karl Marx Higher Institute of Economics in Sofia while Bulgaria was still under communist rule.


After graduating in 1976, she got her first taste of capitalism in the UK, as a British Council scholar at the London School of Economics.
Since then, she has built up a strong background in the World Bank and the European Commission, having held various senior roles in both institutions.


She was commissioner in charge of the EU budget before she left to join the World Bank in January 2017.
The head of the IMF has traditionally been a European since the IMF was created in 1945.
Normally, she would have been considered too old for the job. But following pressure from France, the IMF waived its 65-year-old age limit for applicants.