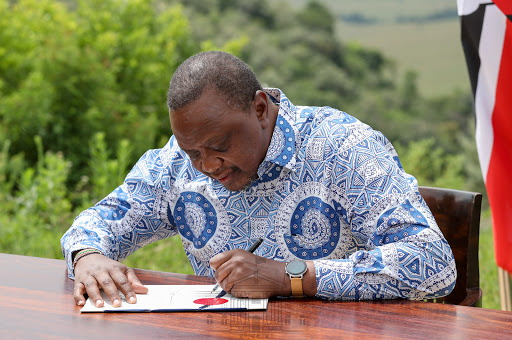 Kenya’s Ministry of Energy on Friday announced a 15 percent reduction in power costs in the east African nation, handing relief to thousands of homes and industries burdened by high cost of living and production
The ministry in a statement released said the reduction takes effect immediately and would cover the entire 2022 period.


“The tariff reduction is a fulfillment of a commitment made by President Uhuru Kenyatta to the nation, that the first tranche of reduction, 15 percent, will be reflected in the bills covering the end of the year in 2021,” said the ministry.
The government institution observed that the reduction will boost livelihoods and economic growth by reducing the cost of living, putting more money in Kenyans’ pockets and reducing the cost of doing business.
The ministry said it is working to see the second 15 percent reduction is affected in the first quarter of the year, bringing the total cut to 30 percent.


read: Umeme; the Economic HIT-MEN bleeding the economy as the regulator ERA looks on

The 30 percent cut will see consumer costs drop from an average of 24 shillings (about 0.21 U.S. dollars) per kilowatt-hour to 0.14 dollars.
Kenya’s demand for electricity has sustained an upward trend, growing at an average rate of 4.5 percent year-on-year driven by rising economic activities.

also read: Is Umeme limited an investor or ‘a parasite’?