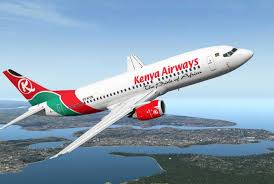 Kenya Airways has posted a Ksh6.1 billion ($61 million) net loss for the nine months to December as it announced a change in its financial calendar to sync with the calendar year.

The national carrier’s management has attributed the loss position to higher fuel costs and the negative impact of a prolonged electioneering period.

Fuel costs, which went up 14 per cent in the period, remain the biggest challenge to KQ’s profitability.

However, the airline has an optimistic outlook for 2018 as it plans to rollout daily flights between Nairobi and New York this October, non-stop flights to Cape town and direct flights to Mauritius.


Chief executive Sébastian Mikosz said the full financial impact of the new US route will be felt in 2019, adding he expects a revenue boost of between 8 and 10 per cent.
The firm will be recalling its Dreamliner from Oman Air to serve this long haul route.


Kenya Airways will, in partnership with its European partners, will also roll out economy comfort class on all aircraft in the next 12-15 months as part of its strategy to increase revenues.


Michael Joseph, KQ’s chairman, said Wednesday at an investors’ briefing that Polish consultants are still part of the team alongside consultants from other countries, adding that the focus that has been on the Polish is misplaced.