Home Politics KCCA councillors on a ‘day out with Museveni’ to tour his Kisozi... 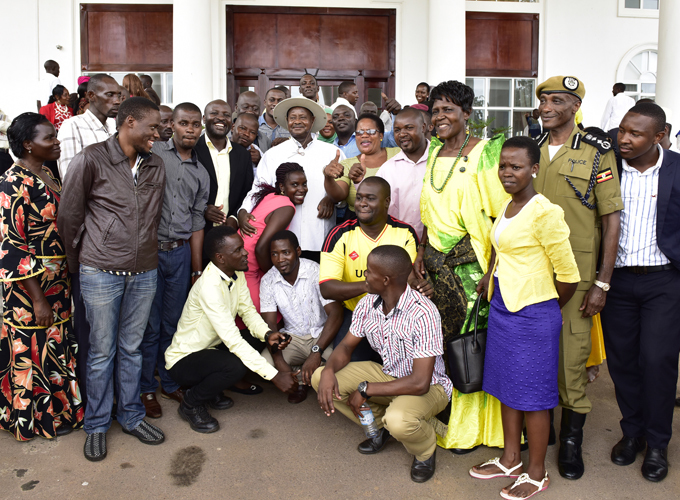 
More than 200 councillors across the five divisions of Kampala City are meeting President Museveni at his farm in Kisozi, Gomba District, to learn modern farming methods and also discuss management issues in the city.


The minister also noted that the councillors would remind the President about the need to increase the budget of Kampala Capital City Authority (KCCA) to enhance service delivery in the city.


“Kampala is a cash cow of Uganda because it contributes about 70 per cent to the country’s Gross Domestic Product. In their previous meeting with the President, they demanded that Kampala’s budget ought to be increased if residents are to get better services.’’ She added.