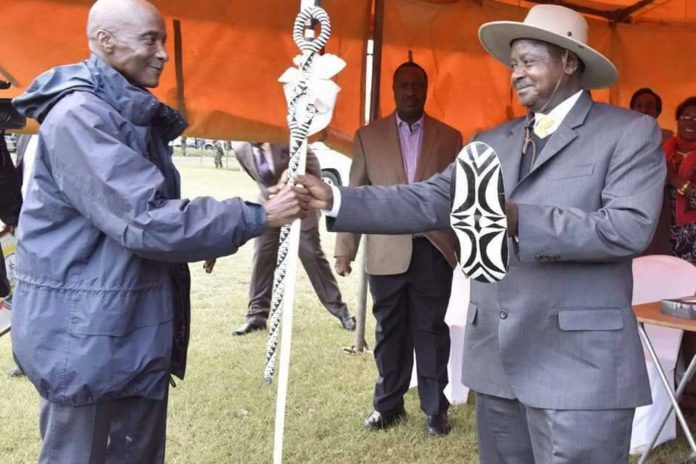 People who don’t know Museveni can’t believe that a “whole General” could not find a way to escape and was caught like “ensenene (grasshoppers).” Kale is a man whose only ambition in life was to serve Museveni.

This blinded him to the extent that he never took the time to accept Museveni for who he really is: a manipulator who only cares about one man, Museveni. This was Kale’s main weakness. This is a fact that those who accuse him of having been caught like “ensenene” fail to recognise. Kale could never think about fleeing because he was deeply convinced that someone he had served so loyally, for whom he had gone beyond the call of duty to protect would never turn on him. Kale failed to learn from history.

Museveni is on the record stating that friendship is a refuge for the weak. Indeed, when he says so he is not simply bragging; he has lived his life in a way that is consistent with this view on friendship.

Almost everyone – that is, except Museveni – knew Kategaya (RIP), for most of his political life, as Museveni’s childhood friend. For many, their closeness implied a foregone conclusion that Kategaya would succeed Museveni.


Everyone, and apparently Kategaya himself, considered him the de-facto number two – a president in waiting. As a result, it is only Kategaya who was never accused of jumping the queue; everyone understood that they were behind Kategaya in the queue. Soon Kategaya himself came to learn that there was no queue, and that he was not standing in a line but on quicksand.


read:Kayihura to Museveni: Its us in govt who have failed you, promises total loyalty

It quickly became clear to him that the presidential term limits were the only evidence of the existence of the queue. Without them there was no queue. Naturally, Kategaya insisted on the term limits; Museveni fired him immediately and reminded anyone who would listen that he neither has, nor believes in, friends. The “weak” were shocked.