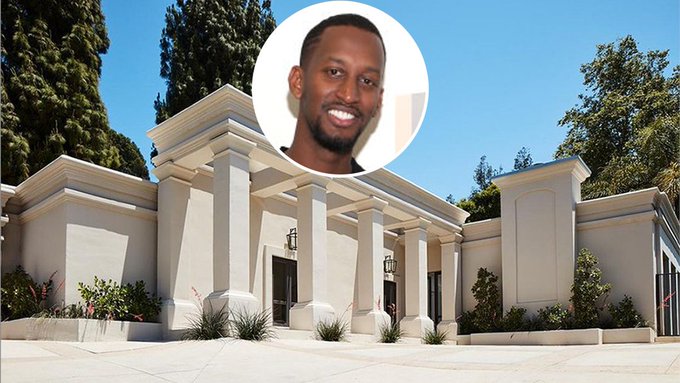 Rwanda is poor country with nearly 40% of the population still living below the poverty line.
But there are wealthy Rwandans, of course. Chief among them appear to be the family of the country’s leader Paul Kagame, who’s ruled as president for over 20 years.
His eldest son Ivan Kagame holds an MBA from USC and is on the board of Rwanda’s investment agency. The successful entrepreneur, 31, still spends a significant amount of time stateside, where he’s moved into a luxe Los Angeles mansion that recently sold for $6.9 million, per records.


The house even sports a sporty celebrity pedigree. It was previously owned by Olympic skier Lindsey Vonn and her ex-husband, ice hockey star P.K. Subban, though the pair only held onto the place for one year — selling it in May, shortly after their split.
Described in the listing as a “fabulous Italian villa hilltop estate,” the house sits up a long driveway and behind gates. Built in the 1950s but radically overhauled in recent years, the European villa-esque structure has four bedrooms and six bathrooms in 5,500 square feet, and is visually dominated out front by a long row of massive square columns, all of them painted a creamy white.

A three-car garage has a Tesla charging station, and the half-acre property is fortified by a high-tech security system.


Inside, the skylit foyer connects to formal living and dining rooms. The skylit kitchen has two islands, while the adjoining family room has a wet bar and spills out to the backyard via banks of French doors. There are three guest bedrooms, plus a master retreat with a fireplace, two lavish walk-in closets and dual bathrooms.
It’s not entirely clear who currently owns the former Vonn-Subban estate, or whether Kagame is the owner himself or merely rents. Records show the property is now registered to an LLC managed by a successful Nevada-based real estate agent and known Kagame associate. (The property was never officially listed for rent, but comparable homes in the same neighborhood can command upwards of $35,000 per month.)

Since he first came to political prominence in the early ’90s, Paul Kagame and his regime have long been considered close allies of the United States and United Nations, though his authoritarian rule — and his response to assassinations of political opponents — has engendered some harsh criticism in recent years. The former military leader is widely credited with ending the 1994 Rwandan genocide that killed 800,000, and with spurring foreign investment in the semi-remote country.