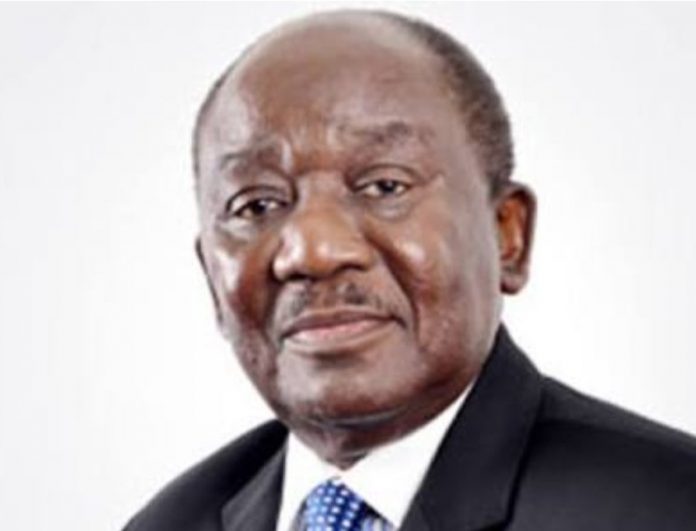 Buganda Kingdom’s former first Deputy Prime Minister Godfrey Kaaya Kavuma has died aged 82. He died on Saturday night at International Hospital Kampala.
He was one of the brains behind the establishment of CBS Radio and served as its Managing Director for 18 years before his retirement recently. He was the chairman Board of Directors of CBS Radio at the time of his death.
Kavuma eulogized

I first met Owek Kaaya Kavuma (RIP) on a plane from SA and we sat next. We covered a lot.
He was very knowledgeable about business and was now Chairman of Life Insurance. He would successfully ensure the station outlive its entrepreneurial founder MD. He was at the heart of most of the successful business founded by the kingdom.


Owek Kavuma was a very calm, neat, unassuming and easy to talk to, like an old buddy next door. He was a gentleman and a scholar. He has done his part. May he Rest in external Peace.

“Thank you for sacrificing your precious time and resources to mentor many of us. You taught us what matters! You protected us from the ever-ready enemies of the Kingdom and the Kabaka; you offered your back when no one offered us a chance, you believed in the immense abilities of young people in holding and sustaining the centuries-long values of our land,” said Hon. Mpuuga, a former Minister at the Kingdom.

“I extend my sympathies to the nation as a whole and Buganda Kingdom in particular for this loss. Kaaya Kavuma was a friend and champion to all humanity especially those in greatest need, a very selfless and compassionate person bringing countless comfort to others. We in the NRM mourn his death and share the grief of Buganda Kingdom and loss of a national treasure,” Ms Justine Kasule Lumumba, the Secretary-General of the NRM posted on her Facebook page.

I met you Oweek. Godfrey Kaya Kavuma with an introduction note from the late Dr Suleiman Kigundu at the time when our @888cbsfm was started. Since then you have bn a key mentor and parent to me in matters mengo. RIP Oweek !!@BugandaOfficial @Muteesa1Royal @BugandaLandB pic.twitter.com/IGDGFX0zps

Bobi Wine
Very ‪sad to learn of the passing of our elder, Owek. Godfrey Kaaya Kavuma who gave distinguished service to our country Uganda and Buganda Kingdom. Losing such dignified leaders and elders is very painful because we look to them for guidance and mentorship, especially at such a time.