Home Business Is Umeme limited an investor or ‘a parasite’? 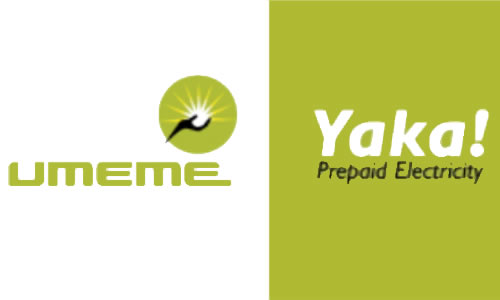 On 1st March 2005, the Electricity Regulatory Authority (ERA) granted to Umeme Limited, a Licence for Distribution and Supply Electricity in Uganda.
Umeme‘s concession is due to expire in March 2025. According to the law regulating the power sector, a concessionaire can, three years to the expiry of its concession, apply for a renewal. Umeme has already expressed interest in having it extended.


In pursuance of its powers, on 9th January 2019, ERA issued, Notice of Intended Modification of Umeme Limited for Supply of Electricity in Uganda issued to Umeme Limited.
In the notice, ERA invited interested parties and stakeholders to view the Intended Modification and make any representations or objections.
The ERA says the intended modifications are necessary to enhance operational efficiency and performance of Umeme and therefore, deliver additional value to the electricity supply industry.

On 16th August 2018, at Imperial Royale Hotel Kampala, David Mugisha of the Uganda we want Think Tank, made a powerful presentation on the Umeme Limited license for power supply.
Section 11 (2) (c) (ii) of the Act, mandates the ERA to ensure that licensees protect the interests of consumers; in respect of the quality, efficiency, continuity and reliability of the supply services; However, the power distributor seems to be doing otherwise. And here is why
In all her reports, Umeme portrays itself as the only investor in the network that is currently under its operation and maintenance. ‘‘However, we have investments by: Rural Electricity Agency, Umeme Limited approved investments, Investment by Umeme excess energy sales revenue (No return on investment I), donors to government through Umeme limited and most importantly by private individuals.’’ Mr. Mugisha observed.


Under section 44 of the Electricity Act, Umeme is reporting over 12,000 transformers. However, it does not tell us how many of those were invested by Umeme. Where is the investments made by private individuals? Wondered Mugisha
Energy losses
Regulation 5 (a) of the Electricity (Tariff code) Regulations, 2003 stipulates that tariffs shall be based on accurate cost information provided by operators and a transparent formulation and review process;
However, Ugandans will never know the truth when it comes to energy losses, only Umeme Knows.
Mr. Mugisha refering, to Page 52 of the PB report which states that 15 percent technical losses is what Umeme inherited from UEDCL, also confirmed by a 2006 Norad Report. PB in 2012 found the constant of 15% level of technical losses very strange. ‘’This until now is only known power losses ever documented the others are unsubstantiated claims’’


The Umeme’s application seems to confirm the findings of 7 year old report that technical loss reduction will remain a myth.
However, Mr. Mugisha observed that: ‘we see a steep and upward growth in investments coupled with declining transformer density and ultimately a stagnant level of technical losses ‘ ‘ this is very strange’’ he said.
Umeme reports that customer base increased from 547,808 in 2011 to 1,291,811 in 2018. While transformers jumped to 12,523 in 2018 up from 6,496 in 2011.
On this growth, Mugisha asks ‘‘ is there no relationship between investments and technical energy losses? We now know that the impact of a reduction of 1% in tariff being 2.7% on effective demand for electricity in Uganda. We also know that 2.5% in effective demand is capable of at least creating an additional 1% growth. Why don’t we know the quantitative relationship between investments in the distribution system and the technical losses?


In a March 12th 2019 letter blocking the renewal of the concession, President Museveni [then]directed Energy minister Irene Muloni, to explain why, despite Umeme’s investment in the network, energy losses are high.
Demand not as low as reported
Condition 2.1 of the Distribution License requires Umeme to ensure the reliable operation of the distribution Grid and to adopt such policies and programs that can enable it achieve a high level of quality and reliability of the distribution services.


While Umeme claims demand is low, a closer look reveals otherwise
Mugisha urges that what we have is constrained demand. ‘‘We have issues of multiple outages (downtime) in many towns and villages across the country. Constrained demand is well documented as result of tarrif level. Therefore the level of energy sales is significantly lower than potential because of the tariff.’’
Analysts say the frequent and long power outages/interruptions impose a cost on consumers in terms of the cost of energy not supplied. But also some cannot charge their phones because of outages or whose fresh milk go bad in their refrigerators whenever even in a blackout.


Condition 2.1.5 of the Supply Licence obliges the Umeme to take commercially reasonable measures, consistent with Prudent Utility Practices, to increase the operational and economic efficiency of the Licensed Activity in order to assure the quality and reliability of delivered services for the benefit of consumers.
Umeme seems to be is falling to connect new customers. Mr. Mugisha in his presentation pointed out that Mukono, Entebbe offices last connected a new customer, months ago.
On this Umeme is not only failing the customers but also Government’s policy of increasing access to electricity in the country.


Umeme also claims that Karuma and Isimba debt repayments have to be made through collections made by Umeme
This is also contentious issue ‘ ‘ Umeme limited cant demand for increased financial requirements and again claim that Karuma and Isimba power have to be consumed’’ Mr. Mugisha stated.
2019 Tariff review
Monthly service fee according to ERA 2018 tarriff Review report was supposed to be abolished.
Provision of the Power supply license with License (section 3), section 3:2.2 states that service fee is levied in noncompliance with the license


‘ ‘In affirmative, is ERA aware that earnings to the licensee other than Retrun on investment is contrary to the 2004 support agreement with the Licensee?’’ Mugisha further stated
‘‘How did the money, currently at Ugx. 57 billion per year enter into the tariff illegally? In Lieu of section 11 (2)g of the electricity Act, isn’t the authority supposed to claw back these hundreds of billions back to the consumer?’’

According to the concession agreements, the applicant, Umeme Limited is entitled to a claim at the end of their current 20 concession period.
Buyout amount =Total investments-Amortization-Depreciation
From the formula, Mugisha observed that, ERA has not helped the public to establish 03 important variables: Total investments made, amortization so far made the Umeme and depreciation.
Umeme is depreciating the UEDCL’s assets at ratesHowever, we don’t have information on the status of depreciation of assets procured by private individuals


He adds: From the formula above, would I not be right to state that there is no current claim from Umeme?, That there buyout amount being too much for government and the consumer is total fallacy?’’
‘’As consumers, we demand a periodic update of the outstanding buyout amount in position. This especially necessary now as the licensee’s concession is running out.’’ He concluded.

UEDCL has in the past accused Umeme of not paying for the depreciation of the assets it got from UEDCL, which means once Umeme leaves, UEDCL would have challenges replacing or maintaining what will be left.
Debate has been swirling around the contentious clauses of the concession agreements.

For instance, the Escrow agreement provided for the establishment of an Escrow account through which UEDCL granted a first lien and security interest in the account in favour of Umeme.

Clause 11 of the agreement provides that Citibank N.A., London shall be entitled to a $50,000 (Shs182m) fee in the first year of the agreement and thereafter to $20,000 (Shs72.9m) per annum, a fee that was to be paid by UEDCL – within 30 days of Citibank London delivering the invoice to UEDCL.