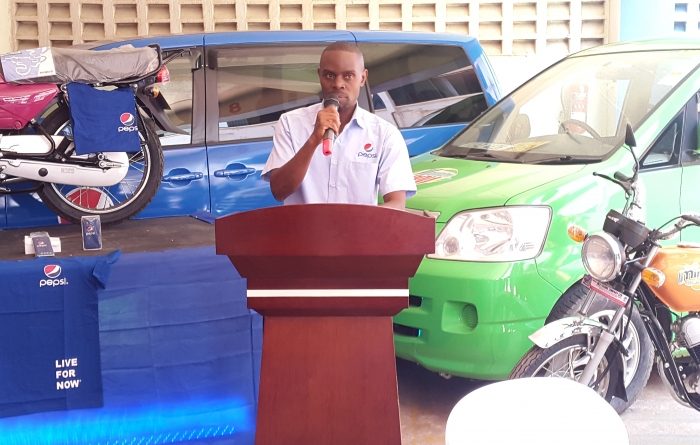 The CBL was growing so fast, in terms of sales and revenue. It was clear, CBL had emerged the Goliath in the highly competitive beverage market. Early this year, the beverage giant went ahead to launch plans to relocate her factory [the from Nakawa Industrial area] to a bigger and better location to accommodate the rising demand.

To celebrate victory over the mighty Coca Cola, [Coke has over the years controlled 90 percent of the beverage market in Uganda] the company went ahead to invite the PepsiCo president Indra Nooyi to Uganda to celebrate this milestone. The president indeed accepted the invitation. She was meant to come in March this year; she then postponed the visit indefinitely for unclear reasons. It remains unclear whether she will still come to Uganda now that Coca Cola has regained market leadership.

Analysts say, the firm is set to lose more market share thanks to the ever unending changes at CBL.

The company has been undergoing massive restructuring in the last past couple of months, which have affected the morale of employees. The move thought to cut costs in order to service bank loan.

The CBL surviving employees are said to be living and working in the world of the unknown. They are not sure of who is next, in the unending restructuring. More than 60 employees, including the marketing manager has so far been sacked as the company looks for a winning formula.

The restructuring has left the surviving employees with increased workload which is playing in favour of competition more so the recharged and reorganized Coca Cola. Market reports indicate, for every four coca Cola employees, Pepsi Uganda has one employee.

A few years ago, the company secured a loan from Standard Chartered bank to build a second line (PET line), however the plant is reportedly performing below expectations.

The beverage industry has been facing tough times, with very low sales as Ugandans have become more health conscious. The soft drinks players have been negatively affected by higher raw materials costs(imports) driven by a strong U.S. dollar, operating costs, inflation, increase in advertising and marketing expenses to sustain the increasing competition and dropping sales.

For Pepsi Uganda, it has been real tough times, since they have to pay interest on the bank loan. Sources at CBL told Newz Post that the company is now planning to secure another loan to meet cash flow problems, something that is expected to worsen the situation.

Soft drinks firms make more money from glass bottle sodas as opposed to PET bottles. For two reasons, the glass bottle does not require recycling. In addition, it has a shelf life of up to one year as opposed four months for PET soda. This means firms have to carry out heavy marketing to ensure the soda’s are sold as fast as possible, which further reduces the already low margins.

The company hastily launched a number of brands in the recent past. Innovation is good, however, CBL management has failed to position some of these brands.

For example the company recently launched Navana mineral water and an energy drink. However, these brands remain unknown to the market and are not evenly distributed. So why did company launch products which they were not ready to support? It should be remembered that product development is an expensive exercise.-requiring time and resources.

The concert is said to have generated more than Ugx. 1.5 billion. However, much of the money did not reach the company coffers. The company only bagged Ugx. 800m. When this information landed on management, they promised to ‘act’ and thus the shake-ups you are seeing today at CBL.

Inside sources say, a committee was recently formed to oversee management and administration at Pepsi Uganda.

Other sources claim the committee lead by senior consultant was formed to aid to oversee the planned relocation and expansion of the CBL  factory as the company positions itself to meet the growing market in Uganda, Rwanda, DRC and South Sudan.

Whatever the case, the changes at Pepsi Uganda cut the powers of the CEO Simon Lugolobi. He can longer take decisions without consulting the committee.

For a man who has seen the company through tough times to happier times to be asked to seek to committee guidance before taking decisions can described as a demotion.

Recently, Mr. Lugolobi took a two-month leave. Newz Post could not establish whether this move is connected to the changing [tough] working environment at Pepsi Uganda.

Sources at Pepsi Uganda told Newz Post that chances are high that the longest serving CBL CEO may chose never return to Pepsi Uganda. For now the company has appointed someone from the production department to act as the Chief Executive Officer.

In the event that Lugolobi does not return to CBL, management might seek the services of NTV’s Managing director Aggie Konde. Before she left for NTV, Aggie Konde was lined up to take over CBL top seat and Lugolobi was aware of this.

In the other changes, the firm appointed former Coca Cola Uganda communications director as the marketing manager. It remains to be seen whether the new marketing manager will make a positive impact. At Coca Cola, he was in charge of above the line marketing. He was reporting directly to Coca Cola Africa, something that could have indirectly denied him access to some vital strategies that CBL thought they could tap into. Otherwise, he is expected implement some of the strategies that have kept Coca Cola on top.