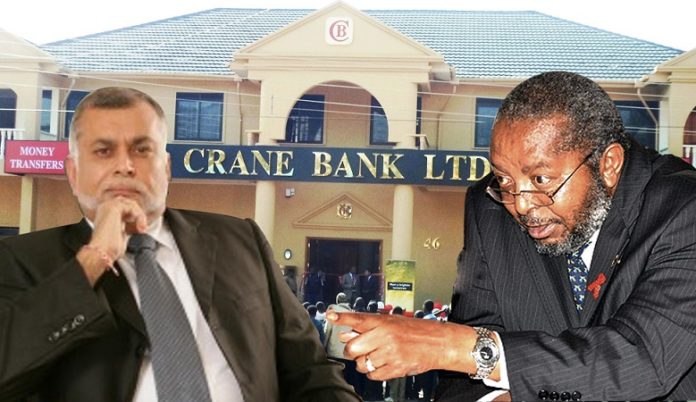 
The deal was among others met to avoid the delay, uncertainty, inconvenience and expense of protracted investigations and legal proceedings of any kind.
The deal was signed on 20th March 2017.
Below we bring you key issues in the deal

The parties agreed to lock out Crane Bank other main Shareholder ‘‘For avoidance of doubt, the parties have agreed Rasikla Kantaria cannot make any claim against Bank of Uganda or Crane Bank Limited’’
The deal among others required Sudhir to pay to Bank of Uganda US$ 60,000,000 in three instalments.
In the confidential settlement and release agreement, Sudhir Ruparelia agreed to:


According to the deal, the US$ 42,000,000 was to be paid in a way of transfer to BoU as receiver of CBL of real property with an aggregate fair market value of US$ 42,00.000.
Sudhir and the Governor agreed that the list of properties would be subjected to the joint valuation process to determine the agreed value by the parties.
‘ ‘ Immediately, upon receiving the list of settlement Titles from the Joint valuation team, SR shall handover the duplicate Certificates of Title and Duly sealed/ executed and witnessed transfer deeds in respect thereof BoU and BoU shall be at liberty to place the same on the market for sale to recover the balance outstanding on the settlement consideration.’’ The settlement agreement reads in part.


It was also agreed that ‘ ‘ In the event that the settlement Titles do not satisfy the required amount, SR shall within seven days provide additional real properties to satisfy any shortfall on value identified and the value of the additional property shall be determined in same manner as the earlier Titles’’
It was also agreed that any payment made by any of the debtors [ Crane Bank debtors] on amount of nay of the agreed loans from 20th October 2016 to BoU, or to DFCU, if applicable, shall be considered as payment from SR and shall be credited to SR for purposes of payment of settlement consideration.
Bank of Uganda offer
Upon meeting the terms of settlement consideration, BoU was supposed to lift the state of receivership on CBL and return to SR the ownership and control of legal entity- CBL.


However, it was expressngly understood by all parties that legal entity CBL shall not be licensed to conduct financial institutions business within the meaning of FIA and ‘‘will as first order of business change its name to remove the word ‘Bank’
The real deal
The two parties agreed to cease all current [ as of march 2017] proceeding and investigations or the prosecution of other administrative actions against SR and any of SR’s related parties in connection with relating to [ whether directly or indirectly].


Upon meeting the terms as laid down in the settlement agreement, bank of Uganda would not institute, direct, procure, instigate, maintain or take in any new proceedings or investigations prosecution of any action or proceedings or other administrative actions SR, and SR’s related parties in connection with/ arising out of or relating to covered conduct.

READ: The untold story of Mutebile’s return as Governor, Bank of Uganda


It was also agreed that the settlement agreement was subject to DPP and Attorney General’s no objection to the arrangements contemplated in the document.

Sudhir now accuses Bank of Uganda of undermining the agreement and instead choosing to go to court, besides undertaking more investigations into the collapse of the Crane Bank Limited. The two parties have hired the best lawyers in the land, who will win? Your guess is as good as ours.

READ: Sudhir reports the ‘bad boys’ at BoU to Museveni – ‘‘They were aware of the mess at Crane Bank’’