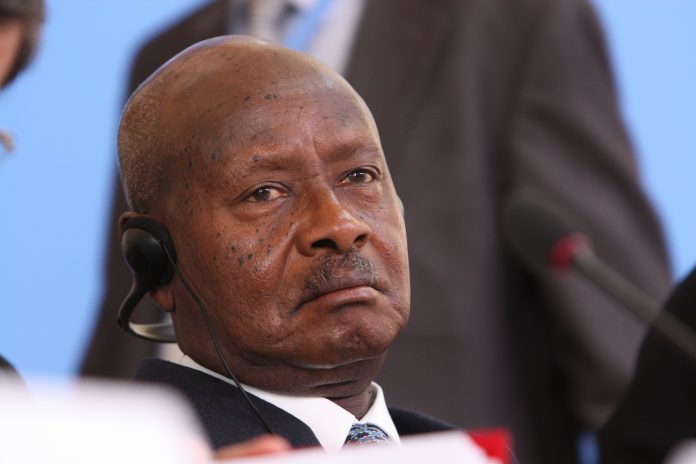 An International Monetary Fund (IMF) team, led by Mr. Axel Schimmelpfennig, visited Kampala from September 30 to October 4, 2019 to discuss Uganda’s economic outlook and the direction of macroeconomic policies.
Schimmelpfennig observed that Growth could remain at around 6 percent in 2019/20, if oil investments are not significantly delayed.


End of August, Tullow Oil plc announced that it has been informed that its farm-down to Total and CNOOC will terminate at the end of today, 29 August 2019, following the expiry of the Sale and Purchase Agreements (SPAs). In a statement, Tullow said it has been unable to secure a further extension of the SPAs with its Joint Venture Partners, despite previous extensions to the SPAs having been agreed by all parties.This will delay the overdue commercialization of Uganda’s Oil.

The current account deficit widened to 11 percent of GDP in 2018/19 largely due to investment-related imports.
The Ugandan shilling has remained broadly stable
He added: After last year’s strong performance in domestic revenue collection, execution of the current budget (fiscal year 2019/20) is challenging. Delays in the implementation of some revenue measures and shortfalls in non-tax revenues are likely to widen the overall fiscal deficit. The authorities need to adopt measures of around 1 percent of GDP to safeguard their budget targets and prevent a recurrence of domestic arrears.

“The government’s medium-term fiscal policy framework rests on the assumptions that oil sector investments proceed as planned, implementation of the domestic revenue mobilization strategy yields ½ percent of GDP in additional revenue collection per year, and the government achieves improvements in public investment management, in particular in project selection, planning, and execution, to ensure that infrastructure investment yields the envisaged growth dividend.’’


The IMF in statement also hailed Bank of Uganda’s October 7 decision to lower its policy rate by 100 basis points to 9 percent as ‘ ‘ appropriate’’,
With core inflation at 2.5 percent year-on-year in September and projected to stay below 5 percent over the next 12–18 months. The financial sector remains healthy based on the latest reported financial soundness indicators. The regulatory framework and Bank of Uganda’s strong supervision have been instrumental in this regard.

On the sidelines of the visit, the African Development Bank, the Government of Uganda, and the IMF co-organized a workshop to discuss balancing infrastructure and human capital investments. Participants agreed that achieving sustained high and inclusive growth will require a mix of physical and human capital investment that complement each other. In addition, allocating more resources to maintenance is essential to maximizing the return on infrastructure investment.