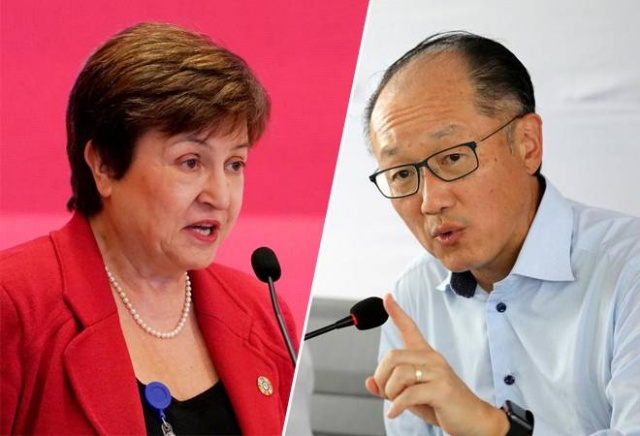 An outside review found the World bank’s ex-CEO (and current IMF chief) Kristalina Georgieva and ex-president Jim Yong Kim played a role in artificially boosting Beijing in the 2018 Doing Business report, which the bank will no longer produce.
The World Bank Group on Thursday confirmed that it will be discontinuing ‘Doing Business’ reports.
It also added that it will work on new approach to assessing business and investment climate in countries.


The irregularities had affected four countries: China; Saudi Arabia; United Arab Emirates; and Azerbaijan. According to the initial Doing Business 2018 report, China had a score of 65.3 with a global ranking of 78, similar to the previous year’s. After the corrections in data for indicators like Starting a Business, Getting Credit, and Paying Taxes indicators, China’s score fell to 64.5 and global ranking to 85.

In a statement, the World Bank said that after the irregularities raised ethical matters involving former bank staff and board officials, the development lender will work on a new approach to assessing countries’ business and investment climates.

“I disagree fundamentally with the findings and interpretations of the Investigation of Data Irregularities as it relates to my role in the World Bank’s Doing Business report of 2018,” Georgieva said in a statement. “I have already had an initial briefing with the IMF’s Executive Board on this matter.” She said In a brief statement.
Georgieva told the IMF board at a meeting Thursday before the news came out that the report was forthcoming, but that she was going to keep to her work as usual, according to people familiar with the matter.

While her alleged actions were taken while she was at the World Bank, they have been referred to the IMF’s ethics committee within the fund’s board of directors, the people said, asking not to be named as the deliberations were private. That panel consists of the chief IMF representatives — known as executive directors — from Brazil, France, Russia, the U.K. and an official representing the group of Iran, Morocco and Pakistan.


The U.S. Treasury, which manages the country’s engagement with the IMF and World Bank, said it was reviewing the report. The U.S. has an outsize role in decisions at the Washington-based lenders because of the weight of its voting power. Many Republican lawmakers have opposed expanding support for the World Bank and IMF, and Thursday’s news could renew GOP criticism.


“These are serious findings and Treasury is analyzing the report,” Treasury spokesperson Alexandra LaManna said. “Our primary responsibility is to uphold the integrity of international financial institutions.” A National Security Council spokesperson later also said that the report was troubling, and that the administration was committed to upholding the integrity of institutions like the IMF.