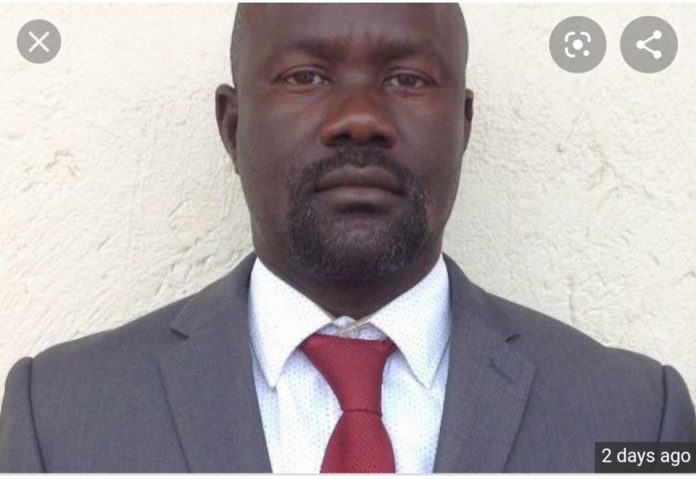 
Prosecution states that the four with others still at large between October 2018 and January 2019 at NAGRC&DB offices in Entebbe and Kiruhura District, conspired to defraud government Shs54,400,000 through a fictitious procurement of supply and delivery of 1000kg and 600kg of Chloris Gayana to Nshaara Ranch and Sanga field stations respectively.
Prosecution contends that Lagu on October 15, 2018, abused the authority of his office and caused a financial loss of Shs51,136,000 by effecting the said illegal procurement.

Rumanzi is charged with obtaining Shs51,136,000 by falsely pretending that they had delivered the supplies, yet the said Gayana was obtained from Ruhengere station, a government firm.
Mukanini is said to have irregularly initiated the procurement and delivery of the supplies worth Shs54,400,000 between October 15 and December 16, 2018.
Komujuni who was overseeing the Chloris Gayana at Ruhengere field station in Kiruhura District unlawfully released 1600kg of Chloris Gayana kept at the Ruhengere store, a property of her employer to Neruma holdings on December 5, 2018.


Police spokesperson Fred Enanga told journalists in Kampala that Dr. Lagu is being investigated by the State House Anti-Corruption Unit, together with the Directorate of Criminal Investigations over a number of cases


“We are investigating him on the disposal of 960 heads of cattle from government farms and other corruption related charges which rotate around conspiracy or connivance with some suppliers of seeds.” Enanga added
Upon his arrest at his home in Mbarara, Dr Lagu told press that he blamed his arrest on a number of people whom he has forced to vacate government farms


“We have done a good job in NAGRC and you know when you do a good job people become a problem to some people”
Dr. Lagu is the is known to have stopped top government officials [including some ministers] from grabbing government land in Mbarara, Njeru in Jinja, Nshaara and other places
Reports indicate Dr. Lagu’s troubles started when a whistleblower told the State House Anti-corruption boss, Lt. Nakalema that the 17billion given to NAGRC doesn’t have procurement files.
That the ongoing construction works are shoddy by contractors. However, informed sources say, NAGRIC provided the files sometime in February this year.


Origin of his trouble
Around August last year, a foreign firm, reportedly improperly imported into the country 1,255kgs of semen
Sources say, the importing firm [name withheld] wanted to leverage on its powerful connection to stampede NAGRIC and DB, a government agency charged with livestock genetics multiplication and preservation into parting with close to Ugx. 7.2 billion.
The said firm is owned by a well-connected foreign businessman who has over the years distinguished himself as a powerful and influential man in Uganda.
The government procedures are that you can only legibly supply following an LPO and an elaborate procurement process with the concerned PDE going through the well laid procedures to contract you as a supplier to supply goods or services.


Considering this to be an act of dumping, which Uganda laws criminalizes, the NAGRIC management refused to accept the consignment rightly for such. However, the importing firm insisted NAGRIC must pay
This prompted Dr. Lagul to raise a red flag.
He wrote to URA’s customs Commissioner, calling on him to become keenly interested in the matter.
He suggested that the shipment that was being kept at the airport be forced back to the country of origin at the cost of the said businessman.


Source at NAGRIC say, URA duly received the letter, on 16th December 2019.
We couldn’t readily establish which steps they took to remedy the situation
But prior to the URA letter, the embattled Lagu had written a strongly worded letter to the said powerful businessman protesting the anomaly associated with delivering stuff to NAGRIC without prior notice and in absence of any order from the entity he heads.
In the September letter, Lagu disclosed to the shrewd businessman the aspects of the Ugandan legal regime that define and illegalize dumping of goods into the country
He stated that there is no way, NAGRIC would take in supplies that were never asked budgeted for the running financial year.
Sources at NAGRIC claim, the organization saved tax payers Ugx. 7.2 , The importing firm was demanding for semen that was never ordered for.


This did not go well with businessman who had imported the semen and his Ugandan proxies.
They reportedly organized whistleblowers who wrote to State House Anti-corruption unit unsustainably claiming that NAGRIC bosses rejected the consignment because the importing firm refused to offer the anticipated kickbacks before getting the Ugx. 7.2 billion Payment.

Cyber harassment
In the letter dated 26th December 2019, addressed to CID, Dr. Lagu noted with concern, the people who were after his life and his family.


In the letter, he also attached print out of threatening messages that were being sent to him by anonymous person
‘‘we have finished you Now, Dr. Don’t take it as a joke’’ reads one of the messages
‘‘You will face Nakalema or lose your life. You have stolen and we need that money if you still want your job’’ reads another message from number on Airtel network.
That said, Dr. Lagu has to prove that he is clean.

Charles Etukuri Unfortunately we never get to.publish such stories in the media because of the fear. I agree with you, Dr. LAGU IS BEING VICTIMISED. This arrests were purely serving the interest of the mafias. I am happy the board and the State minister are firmly behind dr lagu.

Turya St Patrick holding a big office with no Godfather’s on this soil,it’s like commiting a crime.as I said earlier,let’s have proper investigations before arrests.thats why I like IGG methods of operations,by the time of arrest, investigations are complete unlike state house anti-coruption unit.and many cases hundled by CID.
it’s total mafia,it’s one reason that soon Ugandans with good expertise in some highly needed fields will refuse to serve their country.