Home Lifestyle Homosexuals have a right to be a part of the family, they’re... 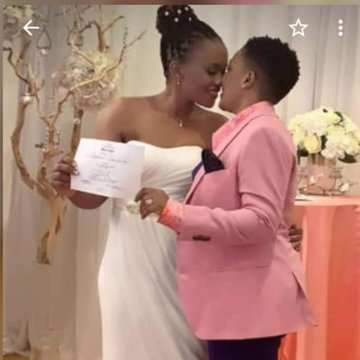 In a documentary that premiered Wednesday in Rome, Pope Francis called for the passage of civil union laws for same-sex couples, departing from the position of the Vatican’s doctrinal office and the pope’s predecessors on the issue.
The remarks came amid a portion of the documentary that reflected on pastoral care for those who identify as LGBT.


“Homosexuals have a right to be a part of the family. They’re children of God and have a right to a family. Nobody should be thrown out, or be made miserable because of it,” Pope Francis said in the film, of his approach to pastoral care.
After those remarks, and in comments likely to spark controversy among Catholics, Pope Francis weighed in directly on the issue of civil unions for same-sex couples.
“What we have to create is a civil union law. That way they are legally covered,” the pope said. “I stood up for that.”

The remarks come in “Francesco,” a documentary on the life and ministry of Pope Francis which premiered Oct. 21 as part of the Rome Film Festival, and is set to make its North American premiere on Sunday.
The film chronicles the approach of Pope Francis to pressing social issues, and to pastoral ministry among those who live, in the words of the pontiff, “on the existential peripheries.”
Featuring interviews with Vatican figures including Cardinal Luis Tagle and other collaborators of the pope, “Francesco” looks at the pope’s advocacy for migrants and refugees, the poor, his work on the issue of clerical sexual abuse, the role of women in society, and the disposition of Catholics and others toward those who identify as LGBT.
The film addresses the pastoral outreach of Pope Francis to those who identify as LGBT, including a story of the pontiff encouraging two Italian men in a same-sex relationship to raise their children in their parish church, which, one of the men said, was greatly beneficial to his children.


“He didn’t mention what was his opinion on my family. Probably he’s following the doctrine on this point,” the man said, while praising the pope for a disposition and attitude of welcome and encouragement.
The pope’s remarks on civil unions come amid that part of the documentary. Filmmaker Evgeny Afineevsky told CNA that the pope made his call for civil unions during an interview the documentarian conducted with the pope.
The pope’s direct call for civil union laws represents a shift from the perspective of his predecessors, and from his own more circumspect positions on civil unions in the past.


In 2010, while he was Archbishop of Buenos Aires, Pope Francis opposed efforts to legalize same-sex marriage. While Sergio Rubin, the future pope’s biographer, suggested that Francis supported the idea of civil unions as a way to prevent the wholesale adoption of same-sex marriage in Argentina, Miguel Woites, director of the Argentinian Catholic news outlet AICA, dismissed in 2013 that claim as false.
But the pope’s mention of having previously “stood up” for civil unions seems to confirm the reports of Rubin and others who said that then-Cardinal Bergoglio supported privately the idea of civil unions as a compromise in Argentina.
Catholic news agency 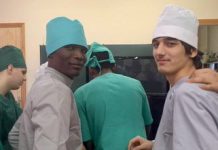 Photo: Former child soldier graduates as a cardiologist, gets married in Russia 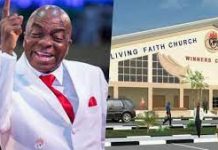