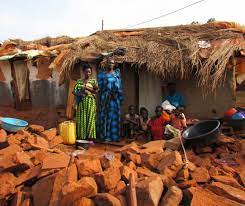 With support from the African Development Bank and other partners, the Ugandan government has launched the last-mile connectivity component under the Uganda Rural Electricity Access Project in Iganga in the eastern Luuka District.
During the 14 September 2021 event, the Ministry of Energy and Mineral Development handed over electricity connection accessories to Uganda’s main power distribution company, UMEME Limited to facilitate the connections of 87,500 rural households to affordable electricity.


The African Development Bank in September 2015 extended a $100 million loan to the government for the project in addition to an €11.2 million grant (about $13 million) from the European Union’s Africa Infrastructure Trust Fund.
The objective of the project is to provide reliable and affordable electricity to rural households, public institutions, and small and medium enterprises. Overall, the scheme will contribute significantly to meeting the country’s National Development Plan goal of increasing electricity access to 60%.
A recent household survey by the Uganda Bureau of Statistics indicates that the national electricity access rate has increased to 57%, comprising 19% and 38% on-grid and off-grid connections, respectively. The project is expected to be completed at the end of December 2022.

In her remarks at the launch, Uganda’s Minister of Energy and Mineral Development, Ruth Nankabirwa, thanked the Bank and the European Union for facilitating the government’s efforts to extend electricity to rural communities. She urged the project beneficiaries to take advantage of the government’s free electricity supply policy it rolled out in 2018, provided wiring of their premises had been certified.
The Bank’s Country Manager, Augustine Kpehe Ngafuan, noted that besides promoting small and medium businesses, the availability of stable power would bolster service delivery, especially at health centers. “This will enhance the quality of maternal and child healthcare services in addition to supporting the government’s efforts in curbing the Covid-19 pandemic,” he said.


The project aligns with one of the Bank’s High 5 priority areas, “Light Up and Power Africa.” Currently, the Bank’s active portfolio in Uganda comprises 24 operations with a net commitment of about $1.71 billion. Specifically, the Bank is involved in the entire value chain of the Uganda Electricity Supply Industry, covering generation, transmission and distribution, with support totaling more than $666 million through public and private sector financing.