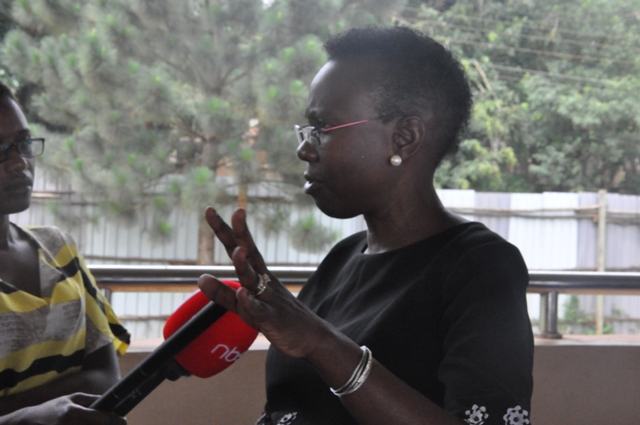 
The Minister for Health Ruth Aceng has ordered striking medical workers to go back to work immediately or get fired. The Minister Aceng made the remarks at a press conference on Thursday evening where she declared the strike illegal.


The medical workers declared strike on Monday at their annual general assembly held at Makerere University College of Health Sciences in Mulago. The strike paralyzed health care services in all public hospitals across the country.
The minister observed that Uganda Medical Association (UMA) which organized the strike is not a registered union to lobby for labour rights. She ordered all doctors and intern doctors to resume work at once; directs UMA officials to stop interfering with Association members willing to work; promised protection for doctors who get back to work; and, says intern doctors who fail to comply will have their internships terminated and have to reapply.
She tasked the Office of the President to direct all Resident District Commissioners to monitor compliance of doctors with the new directive. The minister assured the Health workers who resume work will not be subjected to disciplinary procedure.


However, the president of Uganda Medical Association Dr. Ekwaro Obuku maintained that medical officers will only get back to work when their concerns are addressed through an immediate supplementary budget for the health sector to urgently restock emergency – medicines in government facilities and increase their pay.
Doctors want the government to increase salaries and duty allowances of health professionals, review the supply chain and management of medicines, vaccines and medical supplies, as well as disband the State House Medicine and Health Service Delivery Monitoring Unit.

Meanwhile Dr. Jane Ruth Aceng told parliament on Thursday morning that the 29 million government gave to Members of Parliament to consult on the age limit could have sparked the ongoing industrial strike of government doctors.
“We had convinced the doctors to wait for the salary review commission and the negotiations were moving on smoothly but the final nail in the coffin was the release of the 29m shillings which some Mps have returned calling it a bribe,” Dr. Aceng told the parliamentary committee chaired by Dr. Micheal Yiga Bukenya