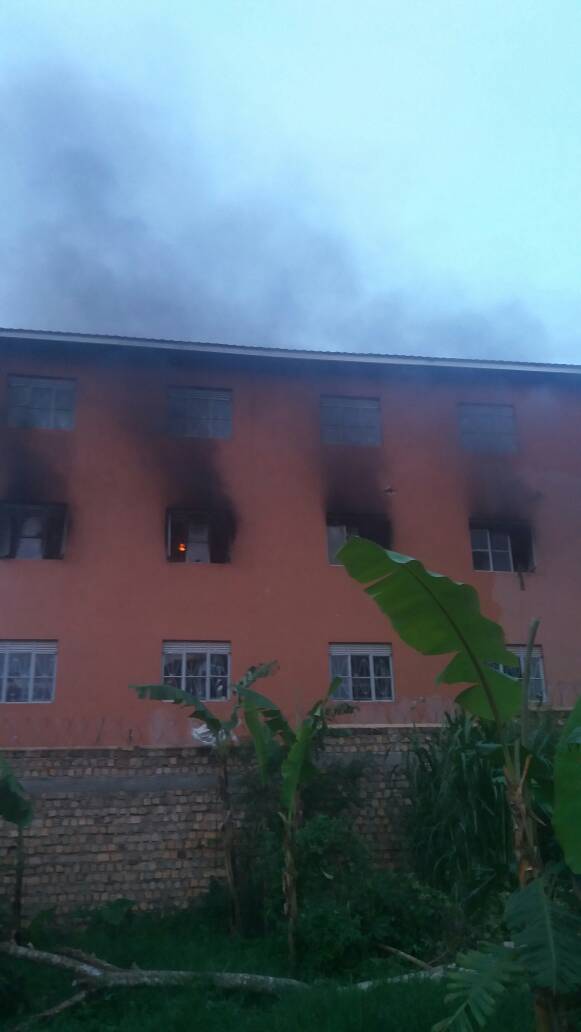 Fire gutted property worth millions at Mother Majeri Primary School in Kirinya, Bweyogerere. The unfortunate incident happened on Sunday evening around 8:00 p: m.
The fire which started from P.6 dormitory, later spread to Primary Four and Primary Five dormitory units. The fire broke out when the pupils were having their supper. The school’s administrator George Opio revealed that there no injuries, as the fire was quickly put down.


On April 14, 2008 Budo Junior School dormitory was set ablaze and 19 children lost their lives. According to police, the fire was caused by arsonists.