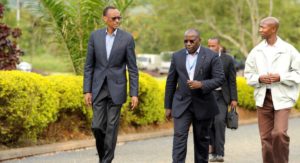 
He was arrested this July and was allegedly issued bounced cheques worth 100 million Rwandan francs between 2018 and 2019 when he was the rector of the Christian University of Rwanda, which is defunct.
The former head of cabinet committed the crime between 2018 and 2019 as the rector and owner of Christian University of Rwanda and is behind the mismanagement of the university that owes over $ 1.05 million of unpaid wages to university staff and rent arrears, according to prosecution.

His university was closed in July by the Rwandan Ministry of Education for failing to fulfill requirements.