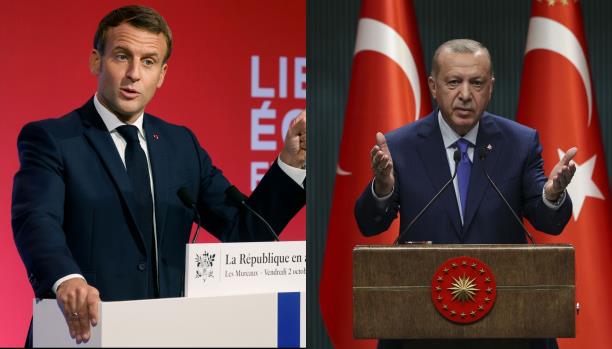 The EU’s top diplomat Josep Borrell on Sunday condemned Turkish President Recep Tayyip Erdogan for making what he described as “unacceptable” comments about his French counterpart Emmanuel Macron.
On Saturday, France had said it was recalling its envoy to Turkey for consultations after Erdogan said Macron needed his mental health checked.


“The remarks by President Recep Tayyip Erdogan regarding President Emmanuel Macron are unacceptable,” Borrell tweeted.
“Call to Turkey to cease this dangerous spiral of confrontation.”
Erdogan accused Macron of having a “problem” with Islam and with Muslims for defending the right to show cartoons of the Prophet Mohammed — an act for which a French schoolteacher was murdered last week.
France and Turkey are at loggerheads over a range of issues including maritime rights in the eastern Mediterranean, Libya, Syria and the conflict between Armenia and Azerbaijan over Nagorno-Karabakh.

And ties between Ankara and Brussels are similarly fraught, particularly with regard to Turkey’s oil and gas exploration activities in the eastern Mediterranean.
At a summit at the beginning of October, EU leaders adopted a carrot and stick approach, offering Ankara the prospect of closer ties and better trade if it commits to “pursuing dialogue in good faith and abstaining from unilateral actions”.
But it warned that the EU was prepared to use sanctions — possibly including broad-based economic measures — if Turkey persists with what Brussels sees as the illegal infringement of Cypriot waters.
“The conclusions of the European Council entail a real offer to relaunch our relationship, but political willingness is needed on the part of the Turkish authorities on this positive agenda,” Borrell tweeted on Sunday.
“Otherwise, Turkey will be even more isolated,” he added.


France on Saturday said it was recalling its envoy to Turkey for consultations after comments by Turkish President Recep Tayyip Erdogan suggesting French counterpart Emmanuel Macron needed a mental health check-up that Paris condemned as unacceptable.
In a highly unusual move, a French presidential official said that the French ambassador to Turkey was being recalled from Ankara for consultations and would meet Macron to discuss the situation in the wake of Erdogan’s outburst.
“President Erdogan’s comments are unacceptable. Excess and rudeness are not a method. We demand that Erdogan change the course of his policy because it is dangerous in every respect,” the official told AFP.


Macron this month described Islam as a religion “in crisis” worldwide and said the government would present a bill in December to strengthen a 1905 law that officially separated church and state in France.
He announced stricter oversight of schooling and better control over foreign funding of mosques.
But the debate over the role of Islam in France has hit a new intensity after the beheading of Paty, which prosecutors say was carried out by an 18-year-old Chechen who had contact with a jihadist in Syria.
Turkey is a majority Muslim but secular country which is a part of NATO but not the EU, where its membership bid has stalled for decades over a range of disputes.


“You are constantly picking on Erdogan. This will not earn you anything,” said the Turkish leader.
“There will be elections (in France) … We will see your (Macron’s) fate. I don’t think he has a long way to go. Why? He has not achieved anything for France and he should do for himself.” 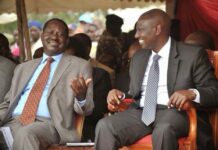 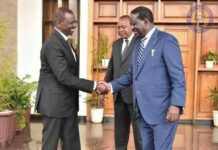