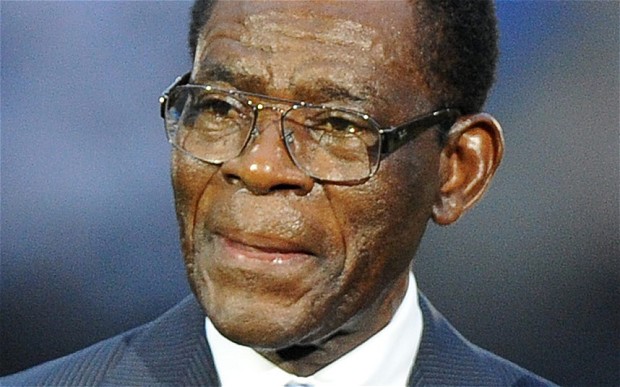 He will also head Defence and National Security Ministry.

Mr. Teodoro Obiang wa re-elected in April presidential elections with 93.7 win. In 2002 and 2009, Mr. Teodoro Obiang’ Nguem won by more than 97% of the votes. In 2011, he was appointed as chairperson of the African Union , a position he held for one year.

Past French and American investigators President and First Family of corruption and diverting tens of millions of dollars of state oil revenues into personal bank accounts. The president is believed to be among the richest men in Africa.

60 percent of people live in poverty, just five minutes’ drive away from the presidential palace there is ample evidence that the country’s vast oil riches are not trickling down to most of the people.

In 2003, a presidential aide announced during a show on a state radio that the leader was “in permanent contact with the Almighty”. The aide said: “He can decide to kill without anyone calling him to account and without going to hell because it is God himself, with whom he is in permanent contact, and who gives him this strength.”

According to Ibtimes, In 2011, the US Justice Department tried to seize $70 million (£44m) of Teodorin’s US assets, arguing they were inconsistent with the salary he earned. One year later, French authorities seized a mansion belonging to Teodorin in Paris and issued an arrest warrant for the president’s son on money-laundering charges. In 2014, Teodorin agreed to forfeit his Malibu mansion, a Ferrari and some items in his Michael Jackson collection all together valued at $34m.

Cybercrime: Phishing and Scams Hit the Roof in Africa in Q2