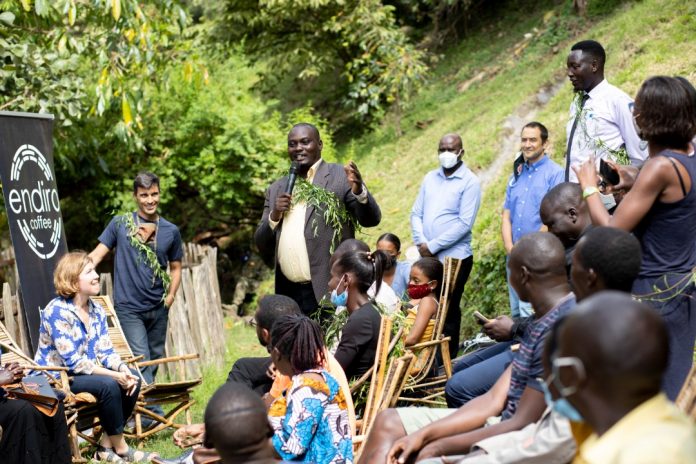 
Speaking during the launch of the Sipi branch, Roger Agamba, the Managing Director Endiro Coffee Shops said, “The coffee culture is growing in Uganda starting from Kampala and is fast spreading across the country. We have opened at different locations across the country to encourage Ugandans to drink coffee.
There are different ways in which one can drink coffee, taking it black- house coffee, taking it concentrated-espresso, with milk- cappuccino, plus having your favourite coffee drink iced, especially for our hot climate.
Gloria Katusiime, the Endiro Coffee Chief Executive Officer said they started operations in 2011 and have since grown to 11 Shops in Uganda and One in the United States over the last 10 years.
Endiro Coffee has a presence across different parts of the country in Central at Kisementi, Naguru, Muyenga, Standard Chartered Bank Head Office, MTN Head office, and Bugolobi, in the West we’re located at Shell Buwama along Kampala, Masaka road and in the Eastern part in Iganga, Mbale and now Kapchorwa at Sipi.


The coffee growing arm of the businesses currently works with over 250 coffee farmers in Bukalasi, Bududa District. Katusiime said she wants to find ways to work with farmers in Kapchorwa to promote Ugandan coffee all over the world.
Endiro Coffee entered into a partnership with Lacam lodge to set up shop in Sipi. Diego Angemi one of the Directors of Lacam lodge said they believe in partnerships with the communities. “We believe in partnership and community empowerment. Together, we can create community transformation in the Sebei subregion.” he said.
Endiro Coffee operates two arms, the coffee shops and Endiro growers which works in the communities and supports coffee farmers. Katusiime said, “Our Vision as Endiro is to be a company that partners with others to end child worldwide vulnerability through coffee.”

“Since our founding in 2011, Endiro Coffee has supported a variety of compassion and transformation projects and is committed to continuing this practice. Since 2014, however, we have been working hard to reinvent the way we engage in the coffee business at every level so that everything we do is positive and transformational” Gloria Katusiime, the CEO of Endiro Coffee said.
She said they set up Endiro coffee with the goal of ending child vulnerability and to transform the lives of the coffee growers by paying them a premium and supporting them through the coffee value chain.