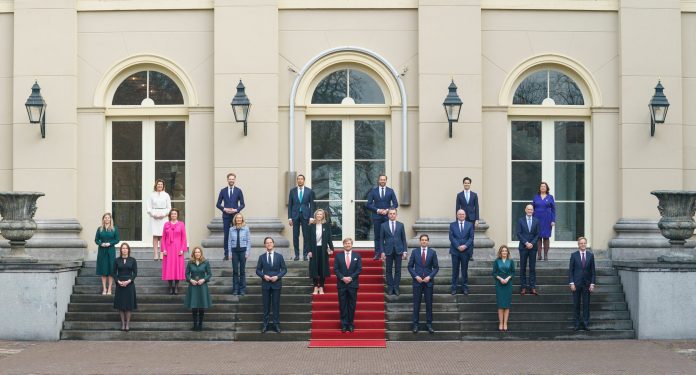 The new government has been sworn into office in the Netherlands with The bike-riding Mark Rutte as prime minister
Dutch King Willem-Alexander swore in the new government during a ceremony at the Noordeinde Palace in The Hague on Monday.


For the first time in Dutch political history, half of the 20 senior Cabinet ministers are women.
The new government outlined plans to cut taxes, offer almost free childcare for working parents, bring back grants for higher education students, and build about 100,000 new homes each year.
government also has vowed to work to win back public trust in government that has been eroded by scandals and frustration at the drawn-out ten-month coalition negotiations.


The 54-year-old — and his entire cabinet — had resigned in January 2021 after accepting political responsibility for a scandal involving the nation’s tax office, which wrongly labelled as fraudsters thousands of parents who claimed childcare benefits.