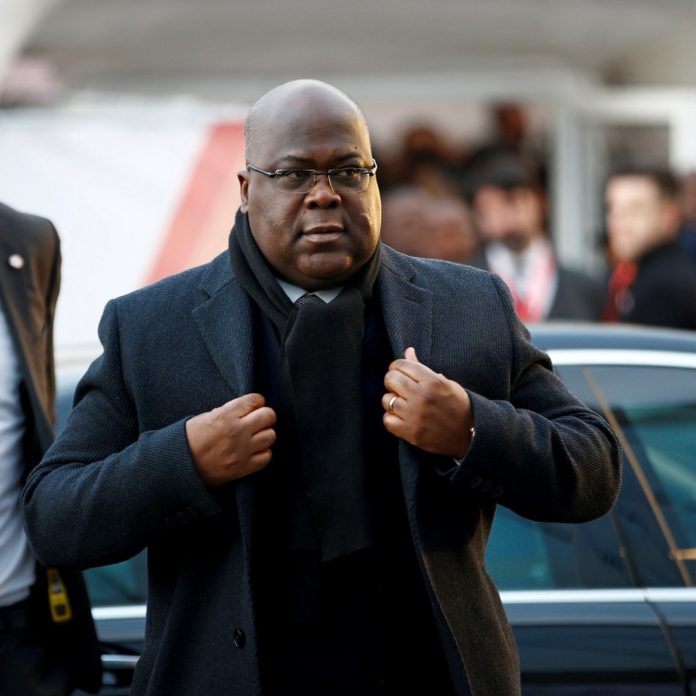 The Democratic Republic of Congo late Monday announced the formation of a new government, two months after the appointment of Prime Minister Sama Lukonde.
The 56-member Cabinet of the coalition government dubbed the Sacred Union of the Nation includes 15 women, according to the presidency.
The new government is a further blow to Felix Tshisekedi’s predecessor and former coalition partner, Joseph Kabila, who stepped down in January 2019 but maintained control of key ministries, the legislature, judiciary and security services. He also continued to wield a huge majority in Parliament


The new government is made up of four deputy prime ministers, nine ministers of state, 31 ministers, 11 deputy ministers, and one minister delegate.
“It should be noted that the government’s mission is to apply the vision of the Head of State, Felix-Antoine Tshisekedi, essentially focused on improving the living conditions of the Congolese and establishing a climate of peace throughout the national territory,” the presidency tweeted.
The new ‘Sacred Union of the Nation’ government led by President Felix Tshisekedi resolves a four-month power struggle with predecessor Joseph Kabila.

It gives President Felix Tshisekedi full control of the goverment and ends a leadership struggle
Political tensions rose after Tshisekedi declared that power-sharing was blocking his reform agenda. He vowed to seek a new majority in Parliament.
Tshisekedi convinced many former Kabila allies to join him. He now counts on the support of almost 400 out of 500 members of the DRC’s National Assembly.


Prime Minister Sama Lukonde said the new team’s priorities would include security, infrastructure and electoral reform in the poor but resource-rich country.
“The size of the government has been reduced, women’s and young people’s participation has been taken into account. Principles of representation and inclusivity have been upheld,” he added.