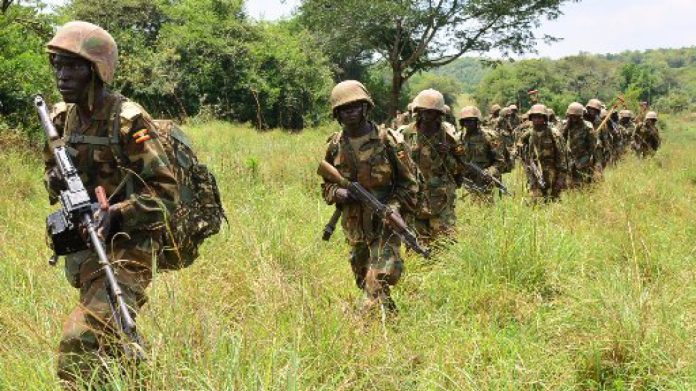 The government of the Democratic Republic of the Congo on Monday denied agreeing to joint operations with the Ugandan army to track down militant rebels accused of suicide bombings in Kampala, insisting the two countries were only sharing intelligence.
ISIS said its local affiliate, known as the Allied Democratic Forces (ADF), was behind a Nov. 16 attack that killed and injured seven people, including all three bombers. dozens more.


Reports of the proposed cross-border campaign, which were confirmed by two diplomatic sources, raised concern among some Congolese, who recall Uganda’s role in the civil wars that ended in 2003.
President Félix Tshisekedi informed the United Nations peacekeeping mission on Friday that he had authorized military cooperation with Uganda against the ADF, but provided no further details, a senior diplomat said. UN.
The second diplomatic source said the same, but also did not have more details.
Congolese government spokesman Patrick Muyaya said the two armies had been exchanging information for many months and that no Ugandan troops were currently in Congo.
“We didn’t say there would be joint operations. We said that there would be concerted actions, ”he said at a press conference, without giving further details. “If it takes a step up, we will. “


Ugandan authorities declined to comment, but last week its foreign minister said his country had the right to sue the ADF in Congo, where the militia has been based for two decades, and has been blamed for dozens of massacres in recent years.
“We have the right to self-defense, to prosecution. We can respond in self-defense and enter the DRC, ”Henry Okello Oryem, Minister of State for Foreign Affairs, told Reuters.
Kinshasa continues to demand more than 13 billion dollars in reparations from Kampala for Uganda’s involvement in the 1998-2003 conflict.

Denis Mukwege, who won a Nobel Peace Prize for decades of working with women victims of conflict, said the decision was unacceptable.
“No to firefighters, the same mistakes will produce the same tragic effects,” the Congolese gynecologist said on Twitter.
Juvenal Munubo, who sits on Congo’s Parliamentary Defense and Security Committee, said Uganda’s presence in Congo could also rekindle the rivalry between Kampala and Kigali.
SABC News