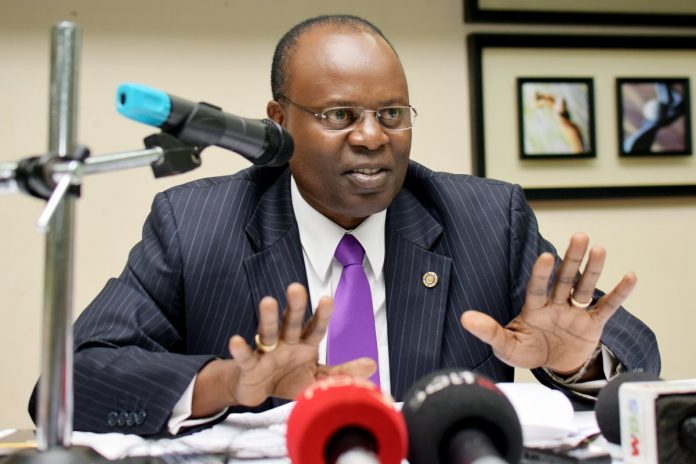 The MEFMI, is a multinational capacity building institute based in Harare, Zimbabwe.
During the 1980s and 1990s, many countries in the Africa region faced entrenched problems in the capacity for debt and reserves management as well as macroeconomic management. In response, senior economic officials and financial managers in Eastern and Southern Africa launched the Eastern and Southern Africa Initiative in Debt and Reserves Management (ESAIDARM) in 1994, whose mandate was later broadened to cover macroeconomic and financial management issues and renamed the Macroeconomic and Financial Management Institute of Eastern and Southern Africa (MEFMI) in 1997.
‘‘The position may not be high profile compared to his former position. However it comes with a host of benefits’’ said an analysts In Kampala.
Dr. Kasekende resigned his job at the Bank of all Banks in Uganda in January 2020, after the appointing authority, President Museveni failed to renew his contract.

According to knowledgeable sources, Dr. Kasekende will take home about $25,000 per month, tax free. The position also comes with benefits like medical care, he is also treated as a diplomat. Also 75 percent school fees for his children under the age of 18 will be catered for by the organization.


read: Businesses and brands that once rocked the market

Prior to the above, he had worked at Bank of Uganda for 17 years in several capacities which included serving as the Director for Research Department.

read: Museveni silent as the contract of Bank of Uganda deputy Governor Louis Kasekende runs out in two weeks

The writer is a Distribution and circulation expert. Social media fan. He sees business in everything. He loves writing business news, reviews and analyses.

more about the author Moses kaketo

also read: LYCAMOBILE: the telecom company that ‘died’ the very day it launched in Uganda

comments from the readers

Nobody puts a good man down! Congs #LouisKasekende. Keep walking…