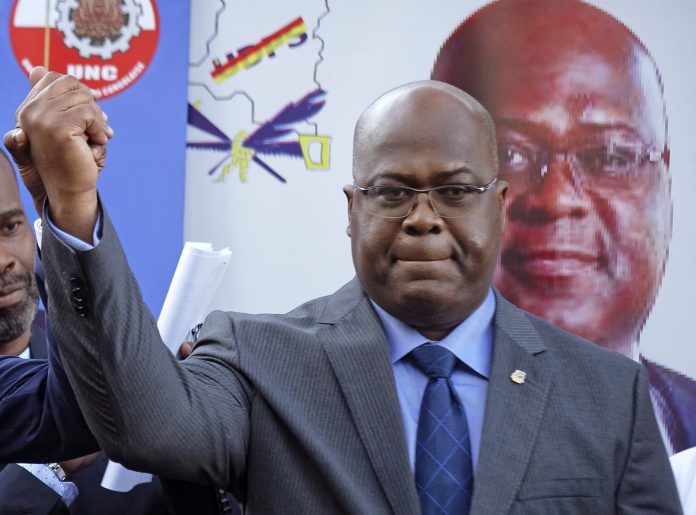 The southern African regional body Sadc has called for a unity government in the Democratic Republic of Congo, following the disputed presidential election.
All political leaders should agree a negotiated settlement, it said.


Opposition candidate Felix Tshisekedi was declared winner but another opponent of the current administration, Martin Fayulu, insists he won.
He alleges Mr Tshisekedi made a deal with outgoing President Joseph Kabila.The declaration of Mr Tshisekedi as winner has also been disputed by the influential Catholic church which says it deployed 40,000 election monitors across the country.

On Saturday, Mr Fayulu filed an appeal in the Constitutional Court demanding a manual recount of votes cast in the 30 December election.
This call was supported by Sadc in its statement issued by Zambian President Edgar Lungu, who is the body’s current chairman.
He and other regional leaders felt the best way forward was a negotiated political settlement and a government of national unity, Mr Lungu said.
He cited the example of similar deals in Zimbabwe and Kenya.


South Africa’s Foreign Minister, Lindiwe Sisulu, also said a unity government could prove to be an acceptable compromise for a troubled country in desperate need of peace.
The legal process in the DR Congo should not be pre-empted, and outsiders should not attempt to force a settlement, she added.


Mr Fayulu tweeted to thank Sadc for backing his call for a vote recount but he did not comment on the proposed plan for a government of national unity:
Several Western governments have expressed surprise and concern at the declared results.
///BBC