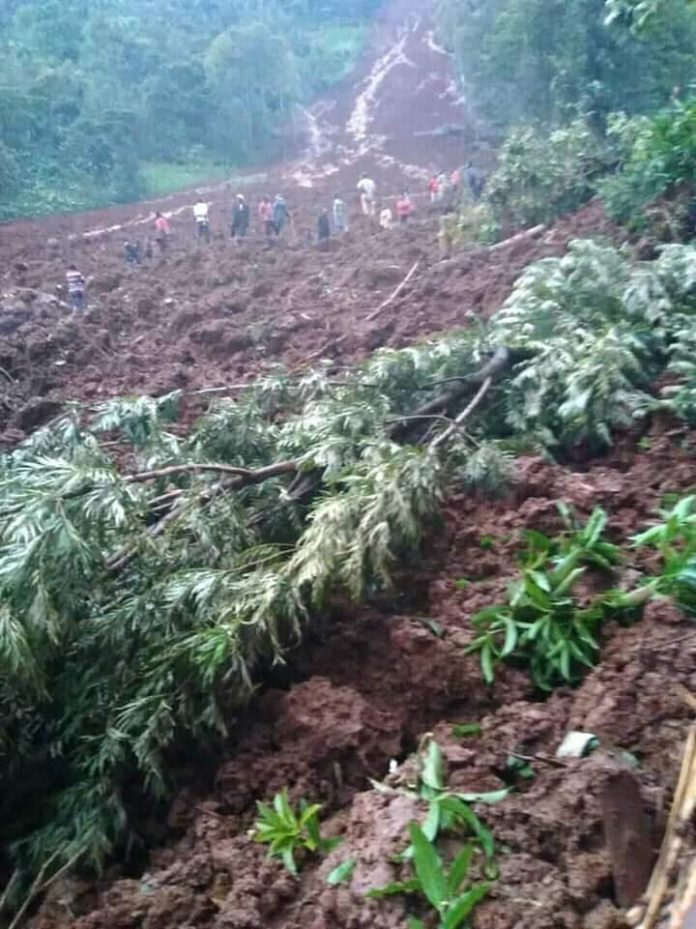 Dozens are reportedly missing after Tuesday heavy rain that caused landslides in eastern Uganda’s Bududa district – Uganda Red Cross has said.
In brief statement, the humanitarian agency said ‘ ‘Our teams are on ground to conduct rapid assessment and this will inform our response.’’
Fresh landslides caused by heavy rain, hit several villages in Buwali and Bukalasi sub-countries in Bududa District. The landslides occurred at about 11:30 pm on Tuesday after four hours of rain that started pounding the area at about 7 pm.
The most affected villages are Shisakali parish in Buwali Sub-county, where an 8-year-old girl was buried by mud.
In Bunamwamba Parish, in the same sub-county, two people reportedly died after their houses were swept by gushing water in Suume village after River Summe burst its banks.
More than 90 families who survived the October 2018 landslides have so far been relocated to the area where 101 houses were built out of the planned 900 houses.

#Bududa hit by landslides again following yesterday's heavy downpour. Pictures here have been taken in Lutsakhe constituency, Bunamwaba Parish, Buwali Sub county in Bududa District. Our teams are on ground to conduct rapid assessment and this will inform our response. @opmdpm pic.twitter.com/novH1tlAXe