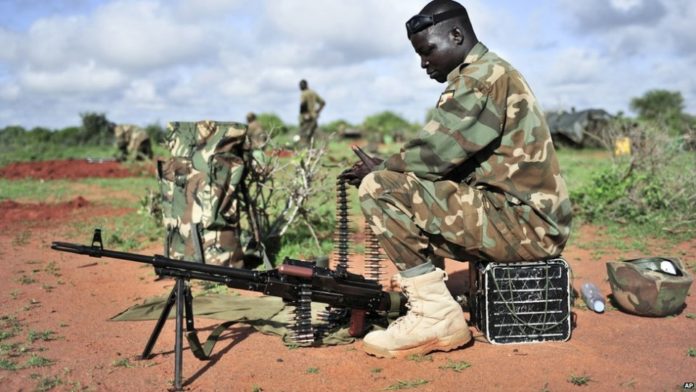 “The president has approved a Department of Defense proposal to provide additional precision fires in support of African Union Mission in Somalia (AMISOM) and Somali security forces operations to defeat al-Shabaab in Somalia,” Pentagon spokesman Capt. Jeff Davis confirmed in a statement Thursday.
The statement comes after several news outlets reported earlier in the day that Trump had relaxed rules meant to safeguard against civilian casualties to allow for increased operations in the Horn of Africa country.


Trump signed a directive Wednesday declaring parts of Somalia an “area of active hostilities,” according to reports. That means war-zone targeting rules — in which commanders can choose to strike al Shabaab without an interagency review and without the other criteria — will now apply for at least 180 days.
In his statement, Davis said more U.S. support will help local forces pressure al Shabaab.
“Somali and AMISOM forces have already achieved significant success in recapturing territory from al-Shabaab, and additional U.S. support will help them increase pressure on al-Shabaab and reduce the risk to our partner forces when they conduct operations,” he said.
“The additional support provided by this authority will help deny al-Shabaab safe havens from which it could attack U.S. citizens or U.S. interests in the region.”