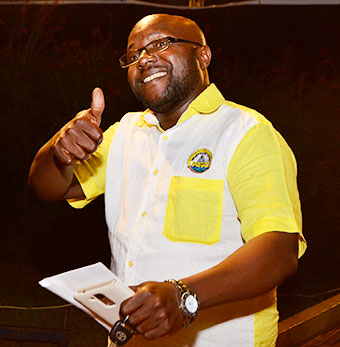 Patrick Ayota, the chairman of the Vision Group, has confirmed Senior Presidential Press Secretary, Don Wanyama the new Chief Executive Officer for Vision Group.
“Congratulations on getting one of the best jobs in Uganda. All the best,” Outgoing CEO Robert Kabushenga tweeted.
A 2015 parliamentary report showed that Robert Kabushenga was earning gross salary of Shs37.3m per month


Don Wanyama, the outgoing press secretary to the president replaces Robert Kabushenga who announced his resignation in January after heading the organazation for over 14 years.
““I am proud of the success we achieved and the impact we have had in society. This was possible because we worked together as a team,” Kabushenga wrote in a short statement circulated on his social media channels.

Wanyama previously worked as communication assistant to the party chairman at the National Resistance Movement. Before that he was managing editor at the Daily Monitor.