Home Politics Dominic Ongwen: it hard for me to sleep; I see dead bodies... 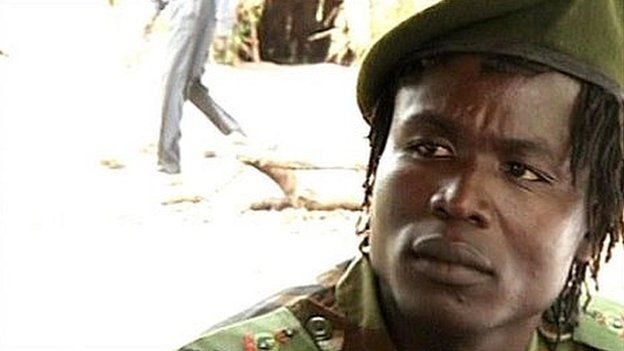 A former top commander of the rebel Lord’s Resistance Army told judges at the International Criminal Court on Thursday that he was not responsible for any atrocities and felt powerless to stop them.
In unsworn statement to the court, Dominic Ongwen cast himself as a victim, saying he could not ask forgiveness for his alleged crimes because he was not responsible for them.


“I cannot ask everyone in northern Uganda for forgiveness when there were other people in northern Uganda who were corrupt, who were encouraging this (war),” he told judges.
February this year, The International Criminal Court (ICC) in The Hague, Netherlands, Dominic Ongwen of war crimes and crimes against humanity.
Ongwen was accused of 70 counts of crimes against humanity, including murder, rape, torture, sexual slavery and using child soldiers, between 2002 and 2004 in northern Uganda when he led a brigade of the LRA as a general.
He was found guilty of 61 out of 70 counts. It included the first ever conviction by the Netherlands-based court for the crime of forced pregnancy.

“I did not have any capacity to stop the things that were happening,” he said, adding that his time in the LRA haunts him to this day and makes it hard to sleep.
“Every time I have hallucinations, I hear gun shots, I hear people talking. I see dead bodies, people I killed, people I slaughtered,” he told judges.
Ongwen and his defence are calling for a sentence of no more than 10 years.


For more than 20 years, LRA fighters, led by Joseph Kony, subjected northern Uganda to a reign of terror before withdrawing to neighboring Democratic Republic of Congo (DRC) and South Sudan. The LRA was particularly notorious for its use of child soldiers.
Ongwen himself was abducted by the rebels as a child while on the way to school and was forced to fight alongside them.