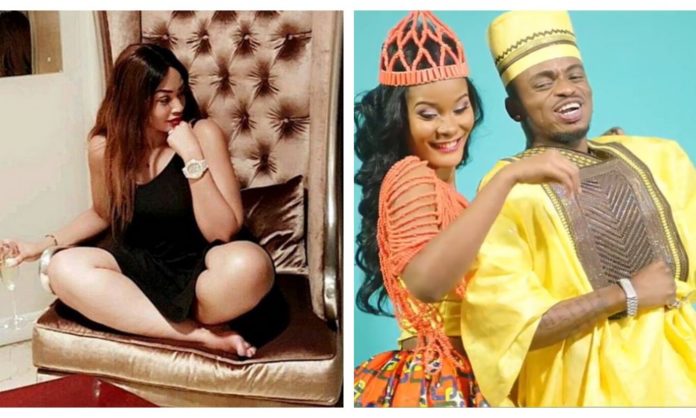 Diamond Platinumz has denied any sexual relationship with the so many sexy girls and women he is seen with in his line of duty.
In an interview with Kenyan radio station, Diamond claimed that his job always puts him in romantic scenes which is misinterpreted by the public.


“Video shoots of love songs always involve romantic scenes as a must. When people see such scenes, they think that am having affairs with these girls just because they are beautiful. If you see such scenes just bear with me because it is part of what I do ” he said
Diamond’s remarks come after being asked about the numerous beautiful and sexy women he was allegedly involved with sexually including video vixen, Hamisa Mobetto that sent Zari packing on Valentine’s day.

Diamond disclosed that he had warned Zari about his lifestyle prior to their relationship but this could have fallen on deaf eyes, he explained.
“I always make sure that the woman I go out with accepts me and the nature of my job before entering in a relationship with her. My work involves women throwing themselves at me that is why I prefer to be with someone who is understanding,” he explained.


“I outlined everything for Zari before we started dating and told her to be prepared to see women throw themselves at him, especially during performances but I guess everything fell on deaf ears as she often got jealous,” Diamond said.
Zari broke up with Diamond on Valentine’s Day after seeing a series of uncountable girls he was allegedly sleeping with publicly which she saw as a sign of disrespect.

read: Zari Hassan: I gave my life to God