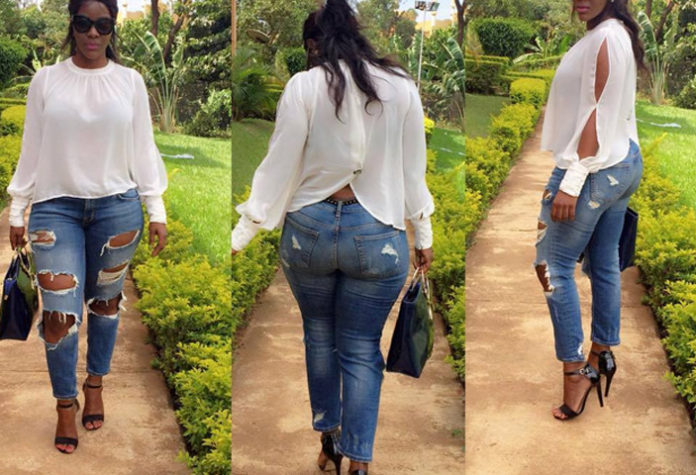 
Musician Desire Luzinda has apologized to wife of Forum for Democratic Change strong man Dr. Kizza Besigye and Oxfam International executive Director Winnie Byanyima over offensive tweet that was attributed to her.


On Friday an anonymous tweep in the names of Desire Luzinda tweeted: ‘‘that’ where you go wrong and it’s the reason your family is not stable because you’re a boss lady. You took up the roles of Bothe father and mother to your child. And he has grown up to an ambiguous person. Not a gay, not girl, not boy or even transgender’’
The tweet was in response to an earlier tweet by Winnie Byanyima in which she said that the practice of women kneeling while greeting is a ‘humiliating ritual that should be stopped.”.


Byanyima posted a picture of her neighbor, a one Leonarda who had bent knees to greet her. “Neighbour Leonarda kneels down to greet me. I tell her not to kneel, but she insists that a young woman must show respect by kneeling 2 greet older women and men. I don’t agree, boys don’t kneel. How do we stop this humiliating ritual?” she posted.

On Saturday Desire Luzinda took to social media to apology to Winnie Byanyima ‘ ‘This serves as an apology to whoever is offended and affected by the encordings and posts of a pseudo twitter account in the handle name @luzinda_desire pretending to be me.’’ She posted.


I am always attacked and targeted but one thing I know,I am attacked because I am a threat and none of that will ever stop me from rising above the noise. I strongly condemn this and hereby emphasize the fact that I have no intentions whatsoever to throw negativity and all kind of bad enegy at other people and moreover, eminent people on social media and the generic society at large.’’ She said.


Luzinda says efforts were made to contact the person running that the account to have him /her deactivate it without much success.