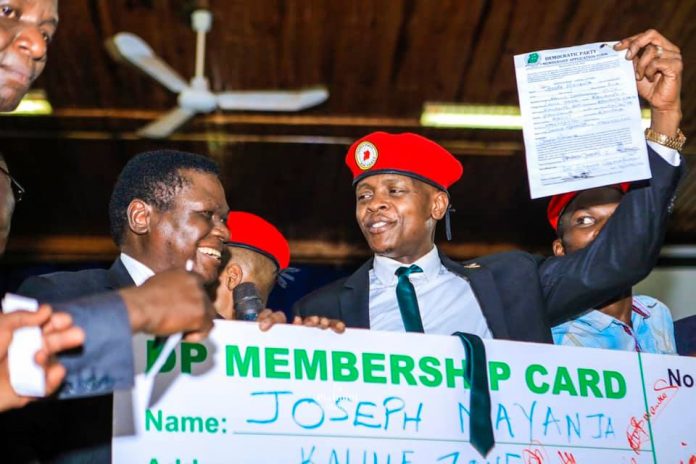 
Days after singer Jose Chameleon, announced that he had ‘crossed’ to the Democratic Party [from NRM], police have cancelled his scheduled concerts in Masaka sub-region demanding clearance from above.
Chameleon was among the Tubonga Naawe singers. He featured prominently President Yoweri Museveni’s NRM party 2016 elections. However, last week he was officially welcomed to the Democratic Party at Nsambya Sharing Hall. The singer said he has never been an NRM supporter. “I was just a service provider like decorators or those who were doing catering for NRM,” Chameleone says of his yellow days.

Turn of events
The singer was free to hold music shows during his ‘yellow times’ noticed politics is not as easy as he thought.
Chameleon was scheduled to stage three concerts in Mutukula and Kalisizo and another in Bukomansimbi District over the weekend.


However, police told the organizers of Chamelon shows to secure clearance from police headquarters in Kampala if they are to hold shows in the region.
Last week, Chameleon joined the DP and declared his intention to contest for the Kampala Lord mayoral race in the 2021 General Election.


Chameleon’s friend and singer –turned politician Bobi Wine, the Kyaddondo East Member of Parliament has in the past suffered similar fate.
Police have blocked several music concerts in different parts of the country. Bobi Wine’s trouble started when he declared his intention to challenge President Museveni in 2021 elections.