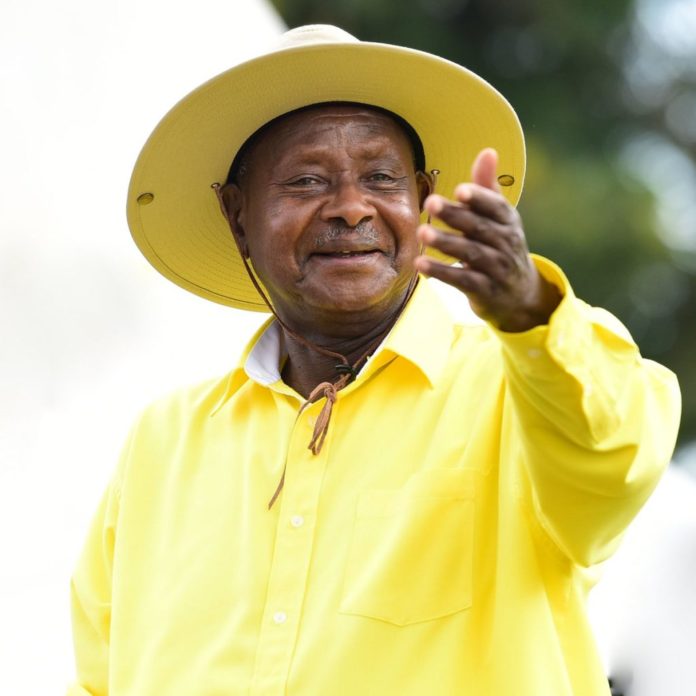 Constitutional Court sitting in Mbale on Thursday delivered its ruling on the provisions of Constitutional Amendment No. 1 of 2018
The three main issues the court was to rule on were the lifting of the age caps, extension of the term of Parliament and the raid on the House last year.


In the verdict, the five-judge bench, by a majority of 4-1, upheld the removal of the 75-year age cap that allows President Museveni, now 73 and in office for 32 years, to seek for another, and another term.
The judges, ruled that Parliament, was within its right to amendment Article 102 (b) of the constitution, and flouted no laws or rules.
Judges, Owiny Dollo, Remmy Kasule, Cheborion Burishaki and Elizabeth Musoke all concurred that the the Age Limit component of the Constitution did not constitute a fundamental structure of the constitution, and therefore, its amendment doesn’t affect Article 1 of the constitution.

“The framers of the constitution in their wisdom did not put the qualifications of the president, among those articles that need approval of Ugandans through the referendum,” ruled Justice Kasule.
According to Justice Burishaki, barring Parliament from amending the Presidential Age Limit “would mean that Parliament has absolutely no powers to amend any provision of the constitution, since the entire constitution was passed by the people’s representatives in the constituent assembly.”


Deputy Chief Justice Owiny Dollo described the process through which the Age Limit matter was handled as “beyond reproach.”
Justice Kenneth Kakuru, however, gave a different opinion on this matter, ruling against the entire Constitutional Amendment Act, on grounds that Parliament flouted its own rules while passing the law and did not carry out the necessary consultation with the public.
“The entire Constitutional Amendment Act is unconstitutional and therefore null and void; all its provisions ought to be expunged from the Constitution of Uganda,” he ruled.


All the five judges nullified the restoration of the Presidential Age Limit, on grounds that this could only have been decided though a referendum.
President Museveni, who seized power at the head of a rebel army in 1986, once said leaders who “overstayed” were the root of Africa’s problems. However while running for a fifth term in 2016, he said it was not the right time for him to leave as he still had work to do.


Previously the law required presidential contenders to be under the age of 75 and would have blocked president Museveni, president since 1986, from seeking re-election in polls due in 2021.

Extension of the term of Parliament

The court unanimously rejected the extension of the tenure of the presidency and Parliament from five to seven years, stating it was unconstitutional to amend the law without subjecting it to a referendum.
Ruling on the 2-year extension of the MPs’ tenure, Deputy Chief Justice Alphonse Owiny Dollo stated that the parliamentarians by passing this amendment “betrayed the intentions of the law.”


Justices Cheborion Burishaki and Elizabeth Musoke concurred that while parliament acted within its powers under article 79 of the constitution to extend their tenure, Justice Burishaki noted that this was done without consultation with the people, which was in violation of Articles 180 and 259 of the constitution.
Justice Remmy Kasule noted that Parliament “never, either through the committee or through facilitation of MPs to seek the perception of the members of the public, regarding the extension of the tenure of the house.”