Home Health & Fitness Coronavirus: Israel to track patients’ phones to inform who might have been... 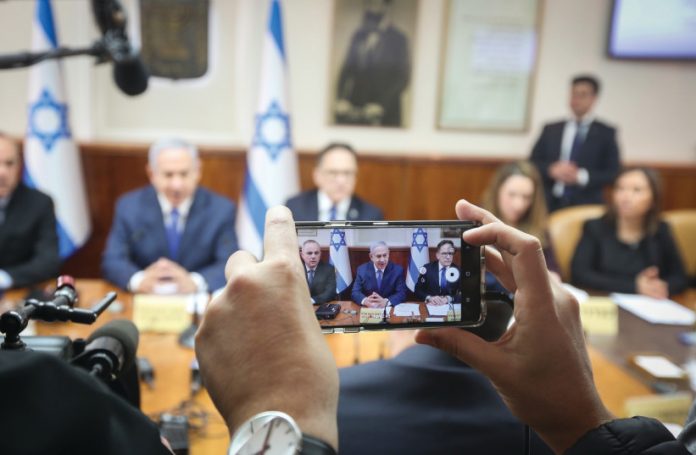 Israeli Prime Minister Benjamin Netanyahu announced a series of sharp restrictions on Israelis to combat the spread of COVID-19.


There are at least 200 Israelis diagnosed with coronavirus and tens of thousands are under a two-week quarantine either because they had contact with a patient with the virus, or because they returned from abroad.
The measures include an almost-total shutdown of the country except for pharmacies and supermarkets and a ban on gatherings of more than ten people.

The Prime Minister also said he wants to use cyber-measures to track the locations of those infected.
Speaking on national television, Netanyahu said the coronavirus is an invisible enemy.
He said that he would use all means available to fight coronavirus including technological means he has hesitated to use until now, referring to cyber tools used to fight terrorism.


Israel’s Attorney General approved using cyber-measures to track coronavirus patients’ phones.
Israeli media said it would primarily be used to inform Israelis who might have been in the vicinity of a patient, and to ensure that patients under quarantine are staying at home.
New restrictions that went into force on Sunday closed down all preschools and entertainment venues. Schools were closed last week and classes were being moved online.


Most Israelis were ordered to work at home, or put on furlough.
The Israeli government announced a month-long grace period for paying taxes and said that those temporarily unemployed including thousands of tour guides can apply for unemployment.
AFP