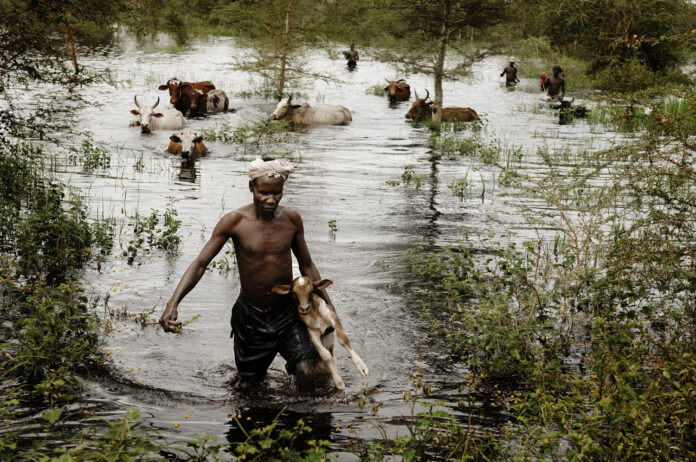 Greenhouse gas concentrations, sea level rises, ocean heat levels and acidification, all set new records during 2021, while some glaciers reached the point of no return, according to the latest flagship report from the World Meteorological Organization (WMO), published on Wednesday.
The State of the Climate 2021Opens in new window indicates that extreme weather – the day-to-day face of climate change – wreaked a heavy toll of human lives, triggered shocks for food and water security, and led to hundreds of billions of dollars in economic losses last year.


The report, which describes yet more clear signs that human activity is causing harm on a planetary scale – to our land, ocean and atmosphere – also confirms that the past seven years have been the warmest on record, with global temperature in 2021 reaching about 1.1°C above pre-industrial levels.
“It is just a matter of time before we see another warmest year on record. Our climate is changing before our eyes. The heat trapped by human-induced greenhouse gases will warm the planet for many generations to come”, warned WMOOpens in new window chief Petteri Taalas. “Sea level rise, ocean heat and acidification will continue for hundreds of years unless means to remove carbon from the atmosphere are invented”.


A plan for renewables

Calling the report, a “dismal litany of humanity’s failure to tackle climate disruption”, UN Secretary-General António GuterresOpens in new window said that while time is running out to prevent the worst impacts of the climate crisis, there is a ‘lifeline’ right in front of us.
“We must end fossil fuel pollution and accelerate the renewable energyOpens in new window transition before we incinerate our only home… Transforming energy systems is low-hanging fruit”, he emphasized in a video message.
Highlighting that renewable energy technologies such as wind and solar are readily available and in most cases, cheaper than coal and other fossil fuels, the UN chief proposed five critical actionsOpens in new window to jump-start the energy transition, which he called the “peace project of the 21st century”.

4. Shift subsidies away from fossil fuels
Each year, governments around the world pour around half a trillion dollars into artificially lowering the price of fossil fuels – more than triple the subsidies given to renewables.
“While people suffer from high prices at the pump, the oil and gas industry is raking in billions from a distorted market. This scandal must stop”, Guterres highlights.


5. Private and public investments in renewable energy must triple
The UN chief is calling for and adjustment to risk frameworks and more flexibility to scale up renewable finance.
“it’s time to jump-start the renewable energy transition before it’s too late”, the Secretary-General urged.
Climate emergency
The heat trapped by human-induced greenhouse gases will warm the planet for many generations to come
The UN chief’s plan is long overdue, at a time when extreme weather continues to impact the lives of millions in recent weeks, as seen with the drought emergency in the Horn of Africa, the deadly floods in South Africa, and the extreme heat in India and Pakistan.


The WMO State of the Global Climate report complements the latest assessment of the Intergovernmental Panel on Climate Change (IPCCOpens in new window) which only included data up to 2019, and it will be used as a negotiation document during the upcoming UN Climate Conference in Egypt (COP 27) later this year.