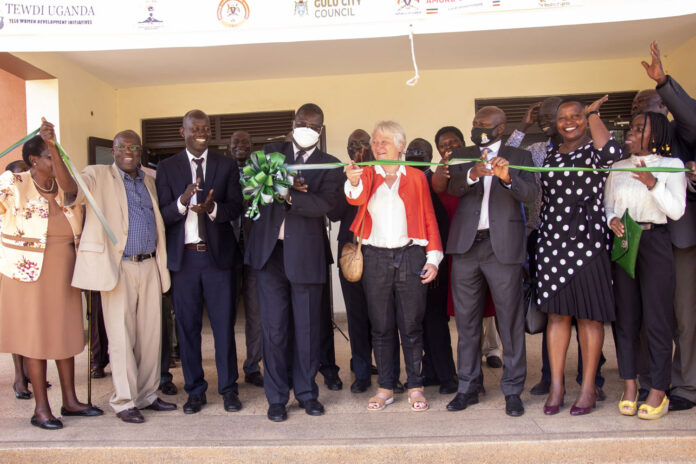 A major research project on energy and Climate Change has been launched at Gulu University.
The project, Unlocking the potential of Green Charcoal Innovations to Mitigate Climate Change in Northern Uganda (UPCHAIN), is researching into viable ways of producing briquettes (green charcoal) from agricultural residues to be used in cooking as an alternative to firewood and black charcoal. Green charcoal should contribute to stopping deforestation, reduce smoke-induced health issues as well as create local employment.


The four-year multi-disciplinary project – with different science and art based faculties and institutes of the university participating – is designing and developing equipment for making green charcoal as well as researching into socio-cultural perceptions and environmental benefits that come with using green charcoal. The Gulu research team is backed by researchers from two Danish universities – Aalborg University and the University of Copenhagen. Local partners of the project include the local governments of Gulu City, Amuru District, Adjumani District as well as schools, NGOs and the Private sector.
Over 3 billion people worldwide rely on solid fuels using technologies that are inefficient, and pose health risks to users. In Africa, the energy needs of over half of the population is met by firewood and charcoal. Consequently, Uganda in particular loses an estimated 200,000 hectares (494,000 acres) of forest cover per year (Africa Natural Resources Institute). Uganda’s annual population growth of over 3% results in an annual increase in energy demand of more than 7% and therefore, resource depletion. Uganda may not have any forests left in the next 83 years due to logging and rapid human population growth.


The overall impact is climate change, which is already evident, especially in Northern Uganda, which is experiencing increasingly unpredictable weather patterns. This challenges poverty reduction efforts and also reinforces the many risks to which African households are exposed. The most affected are women and children, who spend up to 20 hours per week searching for firewood. The situation in Northern Uganda, which is still recovering from over 20 years of civil unrest, is exacerbated by the massive influx of refugees from neighbouring countries, resulting in severe ecological consequences and conflicts with the host communities over access to resources. According to a study by Bamwesigye and others, in 2020, close to 40% of Uganda’s supply of charcoal to urban areas is from northern Uganda.
“Although the potential of green charcoal as a promising alternative to black charcoal because it is socially, economically and environmentally sustainable has been demonstrated, there is a need for research based knowledge, identifying the right development drivers and incentives to ensure its integration into solid fuel cooking, its contribution towards deforestation reduction, and ultimately mitigation of climate change”, said Dr. Collins Okello Co-Principal Investigator, UPCHAIN. Dr. Okello is the Dean, Faculty of Agriculture and Environment, Gulu University.

UPCHAIN is one of the outcomes of the BSU III project at Gulu University. It is funded by the Danish Ministry of Foreign Affairs and administered by Danida Fellowship Centre. The grant is just over UGX 6bn.
“UPCHAIN seeks to contribute to finding a lasting solution to the above (energy, Climate Change, employment) challenges. With this project we are going to have 6 PHDs, 12 Masters and one post-doc. This will increase the human resources capabilities not only for the university but also for northern Uganda,” said Prof. George Ladaah Openjuru, the Gulu University Vice Chancellor.
Prof. William Kasaalita, who delivered the key note address, said energy is very well linked to other aspects such as food, water and land. He urged the researchers to look at different areas as interlinking elements.