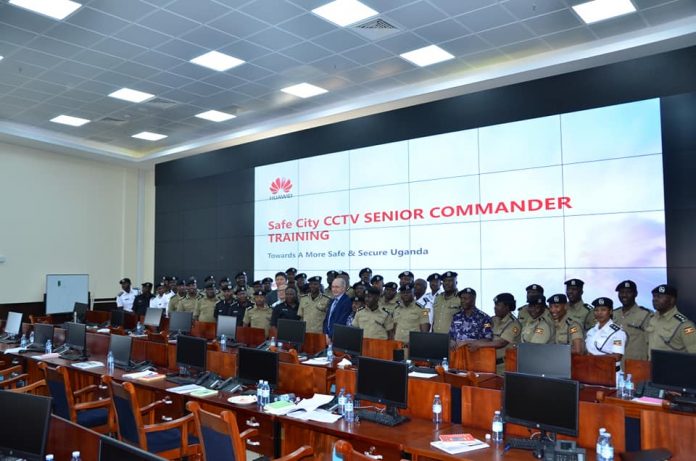 
SCP Ndyomugyenyi said that the course was timely and befitting for officers who are going to supervise the juniors who will operate the CCTV cameras in the country.

He urged the commanders to use the cameras to curtail crime and reduce it in the country to attract investors.
“Investors cannot come where there is insecurity, so make maximum use of cameras to fight crime in your area, so that investors can come and invest in Uganda,” he said.


The training was contacted by Blue Global Services from United Kingdom and it was supported by HUAWEI.
HUAWEI was contracted to by Uganda government to install the CCTV cameras in the country.
The Chief Trainer Mr. Les Owen appreciated President Yoweri Museveni for his imitative to have CCTV cameras installed in the country to fight crime.


The course’s main objective was focusing on safer cities and included topics like concepts of operations, Integrated command and control, Critical Incident management, Communication, Management contingency plans among others.