Home Technology China becomes the first country in history to land on... 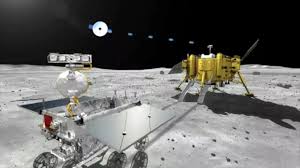 China’s Chang’e-4 spacecraft touched down this morning in a crater on the far side of the Moon—a first for space exploration—Chinese state broadcaster CCTV confirmed at noon local time on Thursday (Jan. 3).
The manufacturer of the spacecraft also confirmed the successful landing on social platform Weibo (link in Chinese). The lander touched down at 10:26am Beijing time; Quartz reported.


Chang’e-4 took off on Dec. 8 local time and spent 26 days in space before landing in the Von Kármán crater, a 186-kilometer-wide (110 miles) region, located in an even larger impact crater called the South Pole-Aitken (SPA) basin that is 2,500 kilometers (1,550 miles) wide. Although Chang’e-4 reached lunar orbit just days after taking off, the solar-powered aircraft had to wait until sunlight returned the region to land and begin operations.
China hinted on Sunday (Dec. 30) that a landing was imminent, after its space agency said the probe was making final preparations for landing.

China hopes its Moon rover and its instruments can add to our knowledge of the kinds of events taking place in the solar system billions of years ago, and carry out experiments on how to sustain life on the Moon. The mission is also hoping to listen for signals from the universe’s early days using a radio antenna on board the Queqiao, the relay communication satellite that’s helping Chang’e-4 talk to scientists on earth.


China National Space Administration has said that Chang’e 4’s scientific tasks included astronomical observation using low-frequency radio; surveying the terrain and land forms; detecting the mineral composition and shallow lunar surface structure; and measuring neutron radiation and neutral atoms – all to develop an understanding of the environment on the moon’s far side, also called the dark side.
Chang’e-4’s landing is the second significant space advance in 2019 after NASA’s New Horizons spacecraft sent back pictures of Ultima Thule this week from the edge of the solar system, the farthest object ever explored, some 4 billion miles from the Sun.
Data gathered by Chang’e 4 could illuminate the history of the basin. Long said scientists hoped to study the composition of the sheet of melted rock that would have filled the basin after it was formed, and possibly upper-mantle materials.


Scientists also hope to gain enhanced understanding of the far-side space environment and the evolution of far-side regolith, the broken-up rocks and dust that make up the lunar surface.

The spacecraft will also cultivate vegetables and flowers inside an airtight container, in experiments involving 28 Chinese universities, led by Chongqing University in southwest China. 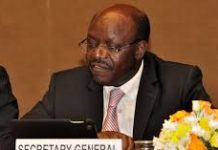 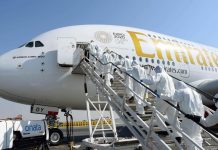 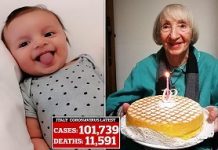